A child has been killed in a farm accident in Co. Wexford, An Garda Síochána has confirmed.

Gardaí are investigating an incident at a farmyard at Carrigabruise, Carlerys Bridge, Enniscorthy, Co. Wexford, at approximately 4:30pm this afternoon, Wednesday, April 10, a Garda spokesperson confirmed to AgriLand.

A three-year-old boy received serious injuries when he was hit by what was described as a low-loader, according to the representative.

The child was taken to Wexford General Hospital where he was pronounced dead a short time later.

Separately, late last month, a man was seriously injured in a road collision involving a tractor and a motorcycle, Gardaí previously confirmed.

The incident happened on the R515 road just outside Kilmallock on the road to Charleville at approximately 5:00pm on Thursday evening, March 28, a spokesperson for An Garda Síochána told AgriLand.

A motorcyclist aged in his early 30s was seriously injured when his bike collided with a tractor.

The road was closed for a time for Garda Forensic Collision Investigators to examine the scene. 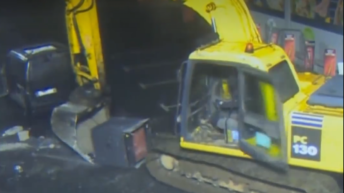