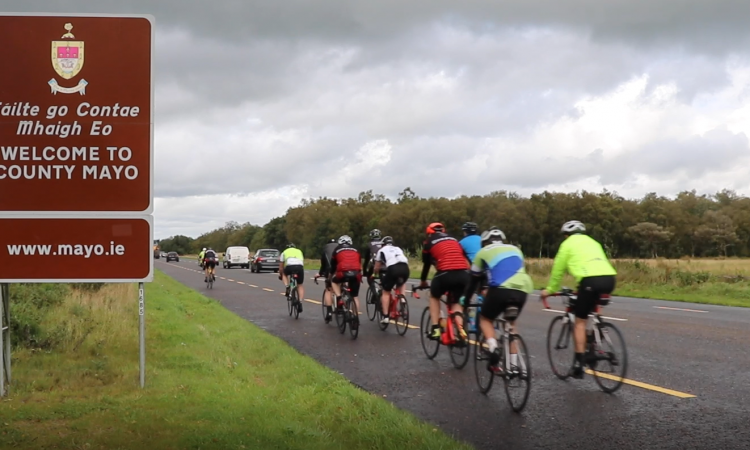 The gargantuan endeavour had begun in Swinford, Co. Mayo, last Sunday (August 16), and has seen the team pass through every county in Ireland – and, it seems, every possible type of weather – before finishing up back in Swinford yesterday evening around 5:00pm – an hour ahead of schedule.

As of yesterday evening, the team had raised over €67,000 for four very worthy causes.

AgriLand, which is a sponsor of the fundraiser, has been providing updates over the course of this week to keep people up-to-date with how the group is getting on.

This year, they undertook the mammoth six-day challenge in memory of James Alexander Moore, who was cared for in CHI at Temple Street.

While undertaking this 1,900km, 32-county ‘ultra-cycling’ challenge, they have raised some much-needed funds for four charities:

The proceeds raised so far are well in excess of the target of €50,000, with notable sizeable donations from several businesses in the agri-sector, as well as donations from generous private individuals.

Although the cycle is at an end, donations can still be made and would be hugely appreciated. The group has set up an online fundraising page and is asking people to spread the word far and wide and share on Facebook, Twitter and Instagram, as any small contribution will be greatly appreciated.

The team took off from Newcastle West in Co. Limerick yesterday at around 6:30am, and made their way in the direction of Limerick city. There, they were joined by members of Swinford Cycling Club, who joined the team on the last leg of their journey back to Co. Mayo.

From there they continued on into Co. Clare, passed Ennis, and up into Co. Galway via Gort. The team crossed Galway by Oranmore and Tuam, gathering more local cyclists along the way.

Not only did other cyclists join them, but they even got a Garda escort as they made their way back into Swinford.

On the way into the Co. Mayo town, people gathered along the route to show their support and get the team over the line.

Unfortunately, due to the Covid-19 restrictions, there could be no formal ‘homecoming’ for the team. However, team member Alan Heaney told AgriLand: “They’ll be another day and night were we’ll all meet.”

According to Heaney, the charity cycle was “difficult, arduous and tough”.

“We battled all the elements. One day we were drenched like rats, the next we were scorched. We travelled through a storm in Co. Cork, and although the high winds had subsided, there was debris all over the road. I’ve never witnessed all the elements in such a short period of time,” Heaney explained.

“But we did it for all the right reasons. We were well supported. The fact that it was for the four charities kept us going, along with the words and messages of support along the way,” he added.

It was great to do it. At times the roads were like rivers. But the fact that the proceeds were coming in kept us going.

Heaney also expressed his thanks to those who got their bikes out and joined the cycle at various points, particularly farmers and those working in agri-business, which added “a bit of craic and camaraderie” to the event.

So, six days of Trojan effort in often horrendous conditions have come to an end. Now that they’re done, the weather will probably improve immediately. 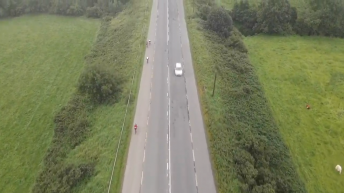 Ultra-cycle day 5: ‘The hardest day of cycling in our lives’