Charity begins with a Keelings berry 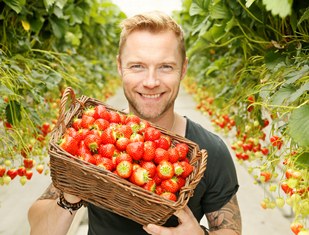 Marks & Spencer has once again teamed up with Keelings to launch an Irish berries promotion in aid of the Marie Keating Foundation. From now until Wednesday, 31 July, M&S will donate 20 cent to the charity for every specially labelled packet of Keeling’s Irish Strawberries, Raspberries, Blueberries and Blackberries sold.

The mouth-watering berries are hand-picked on the Keelings farm in North County Dublin and arrive on the M&S shelves within 24 hours. Customer will also get a chance to sample a taste of these top quality fruits in selected stores throughout the season and, with an offer of “two for €5.50” throughout the summer, this is one delicious deal that mustn’t be missed!

Last year €35,000 was raised through this summer campaign and it is hoped that this figure will be exceeded in 2013. The Keelings Irish berries promotion is one of many fundraising initiatives carried out by M&S Ireland in aid of the Marie Keating Foundation. During the last 10 years, more than €1m has been raised for the Foundation.

Click on the below link to view its video from the launch.

Image Ronan Keating at the launch