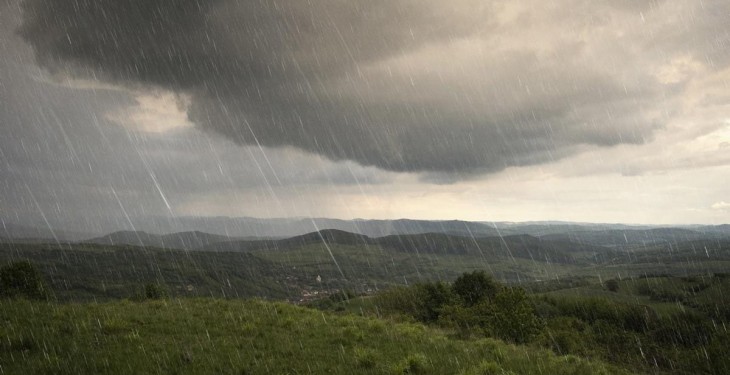 The week ahead will be changeable weather-wise, with a mixture of sunny spells, outbreaks of rain and gale force winds possible at times, according to Met Eireann.

Today, Monday is forecast to be generally dry with some sunny spells and just a few light showers will be likely.

Maximum temperatures will range from a cool 14 or 15 degrees in the northwest to a mild 19 degrees in the southeast and Met Eireann has said that there will be good drying in fresh westerly winds.

After a dry start tonight, outbreaks of rain will extend from the Atlantic as lowest temperatures range between 9 to 12 degrees.

This week, current predictions suggest that two or three times normal rainfall amounts will occur there during the transition from June to July.

Met Eireann has said that there is little prospect of any substantially good drying in the days ahead either.

Heavy rain expected on Tuesday and Wednesday next will see lands in many parts of the country becoming saturated for a number of days, it said.

Meanwhile, conditions favouring the spread of potato blight and other humidity related plant infections have been prominent in many parts of the country for the past seven days. This looks set to continue this week.

Tomorrow, Tuesday, will be cloudy and misty in the morning with scattered outbreaks of rain, heavy and persistent in places.

Advertisement
Some sunny spells are forecast to occur during the afternoon and evening but there will be scattered heavy showers also.

Highest temperatures are to range between 14 to 17 degrees and it will be windy for a time in the south.

Another weather system will cross Ireland from the Atlantic on Wednesday bringing a spell of wet and windy weather to all parts in the morning, according to Met Eireann.

The rain is forecast to clear and sunny spells will follow for the afternoon and evening and just a scattering of showers.

Temperatures Wednesday will be in the region of 16 to 18 degrees in fresh southwesterly winds veering westerly with the clearance.

Current indications for the end of the week suggest that there will be some sunny spells but overall there will be a good deal of cloud with bands of showers moving across Ireland from the Atlantic and some heavy showers are likely.

It will be quite cool and blustery also, with temperatures typically in the mid-teens, the high teens at best in the southeast.

It is forecast to be quite windy also with fresh west to southwest winds, strong at times and possibly gusting to gale force on Friday.

The outlook for next weekend is for blustery winds with a mixture of sunny spells and passing showers.