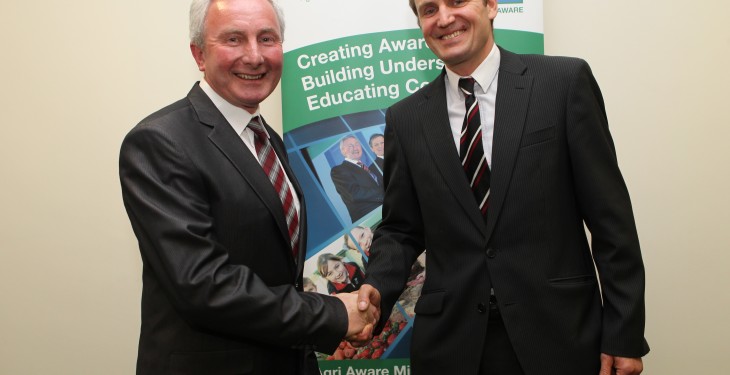 Cavan farmer Richard Moeran has been elected as the new Chairman of Agri Aware. He is to replace Bernard Donohue, as Chairman of the independent farming and agri-food educational body.

Dr. Vanessa Woods, Chief Executive of Agri Aware, congratulated Mr Moeran on his appointment and said she was looking forward to working with him in continuing to communicate the important role of Irish farmers, and the agri-food industry, in delivering quality safe, and sustainably produced, traceable food that is affordable for consumers, while caring for our environment.

“I wish to thank outgoing Chairman Bernard Donohue for his commitment, drive and dedication to Agri Aware, in improving the image and understanding of farming and the agri-food industry among the public.”

The incoming Chairman of Agri Aware Richard Moeran said his is to continue the work of communicating the vital links between agriculture, food and our economy. Increasing awareness of the relationship between our standard of excellence in farming, and the payoff in terms of excellence in the food we eat and export, while maintaining the unique green image we have here in Ireland.

Edmond Harty of Dairymaster was elected as the new Vice Chairman of Agri Aware. He is to replace the late David Hickey of Origin Enterprises, as Vice Chairman of the independent farming and agri-food educational body.