‘Calendar farming is a joke and is holding farmers back’ 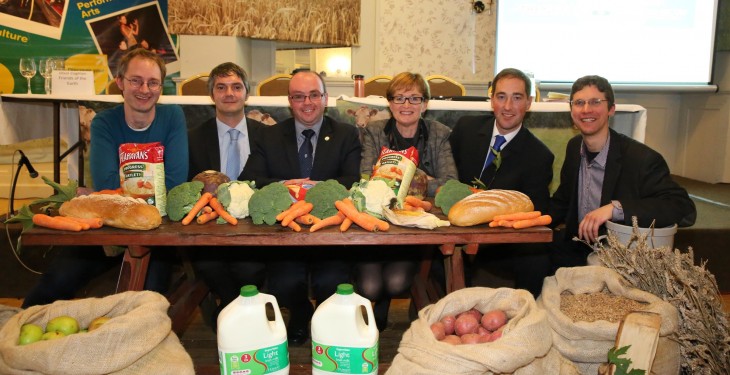 Speakers at the Macra annual conference, including Sean Coughlan, second from right.

Calendar farming is a complete joke and is holding farmers back, according to dairy farmer Sean Coughlan.

The Chairman of Macra na Feirme’s Agricultural Affairs Committee said at the association’s annual conference that he’s not a fan of calendar farming as it’s stopping farmers utilising their competitive advantage in Ireland.

“Grass, grass, grass is the message. It’s Ireland’s key competitive advantage. I’m growing three times more grass on my farm than when I took over and it’s not costing me any more.”

The Co. Mayo man said his vision for the future means a sustainable living, environmentally, economically and from a social point of view. His future farm will be a low-cost, grass-based dairy farm and additional sheep enterprises.

He said his own farming is focused on being sustainable. With 48ha and 22 suckler cows and 200 ewes when he started, he has built the farm up to 100ha. “It’s very marginal land, so it looks more impressive than it is and it’s 13 separate divisions.”

Ireland, he says, produces enough food for eight times the population of the country. “There are other countries in Europe that are lot higher producers of carbon and import all their food. I think there is a lack of understanding from the environment lobby. As farmers we have to feed the world. It’s a challenge that has been set to us, unless the environmentalists install a one-child policy. Maintaining the status quo is not an option.”