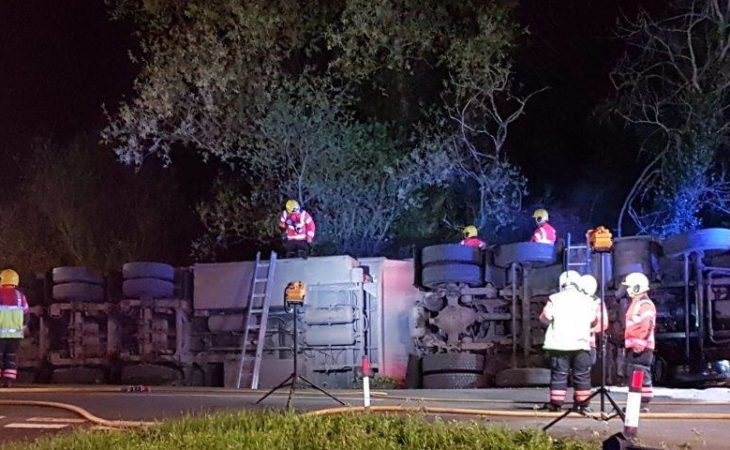 A number of cattle have been killed in a serious road accident in the UK in the early hours of this morning (Friday, May 4).

The incident occurred in in Cambridgeshire, England, when a cattle lorry overturned into a ditch. The lorry driver suffered “minor injuries”, according to local publication Cambs Times, which reported that approximately 20 cattle died in the accident.

Emergency services were called at about 12:24am, according to the Cambridge News, which added that the road was closed off for over eight hours.

The publication noted that the Royal Society for the Prevention of Cruelty to Animals (RSCPA) was also brought to the scene as some cows had to be put to sleep to end their suffering.

“The driver is recovering in hospital; sadly several cattle passed away.”

Cambridgeshire Fire and Rescue Service also issued a statement, saying: “On Friday (May 4) at 12:45am, two crews from March, one crew from Stanground, one crew from Dogsthorpe and one crew and a rescue vehicle from Cambridge were called to a road traffic collision involving one heavy goods vehicle, on Cant’s Drove, Murrow.

Crews arrived to find the vehicle, which was transporting cattle livestock, on its side. The driver was released prior to the arrival of the fire service. Firefighters worked with farmers to release the cattle.

“All crews returned to their station by 8.30am,” the statement added.