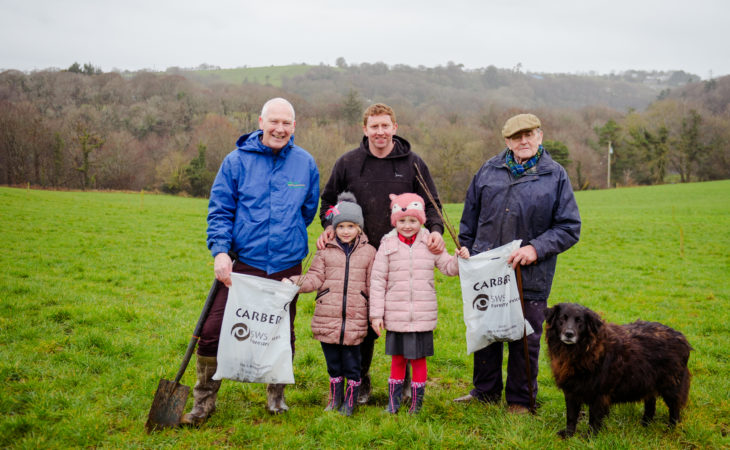 Carbery, in conjunction with SWS Forestry, has announced the latest phase of the Carbery Tree Project – whereby a further 12,000 native Irish trees will be given free to west Cork farmers for planting on their farms.

The initiative, which is the first of its kind for Ireland’s dairy industry, was first launched by Carbery in March 2016.

Involving suppliers across the four west Cork co-ops – Bandon, Barryroe, Drinagh and Lisavaird – it aims to address climate change at a local level by offsetting carbon emissions. The additional trees will also provide a natural habitat for wildlife such as birds.

The latest phase of the Carbery Tree Project will bring the total number of trees distributed to over 40,000.

Following feedback from farmers, two new varieties – Rowan and Blackthorn/Whitethorn – have been added to the Oak and Birch varieties available previously.

The trees will be distributed by SWS Forestry to the four co-ops for collection by farmers in mid March. They will come in biodegradable bags with 20 trees per bag – either 10 Rowan and 10 ‘thorn’ together or 10 Oak and 10 Birch together.

Farmers can take up to 40 trees each if they wish to have a full selection of the each of the four varieties.

Jason Hawkins, chief executive of the Carbery Group, welcomed the support of suppliers for this latest phase of the tree-planting sustainability initiative.

He said: “Carbery has a strong reputation for high-quality, sustainably-produced food products. However, even with the most responsible approach, the dairy manufacturing process results in some carbon dioxide (CO2) being released into the atmosphere.

The Carbery Tree Project is an innovative carbon offsetting measure, which also increases biodiversity on farms.

“By planting these trees farmers are helping Carbery to achieve its sustainability targets and improve the environment in which we operate, and I would like to thank them for their supprt,” he said.

Employees working in Carbery’s Ballineen head office and production facility have also been invited to participate in the sustainability initiative.

Based on the enthusiastic response to date, it is expected that they will plant close to 5,000 more trees locally.

According to the group, Carbery has invested significantly in supporting its sustainability programme and is fully committed to continuing its strong focus on improving the environment and promoting sustainability.

Michael Connelly, regional manager with SWS forestry, commented: “Managing plantations for farmers all over the country we are constantly looking for ways to promote trees and their many economic, environmental and social benefits.” 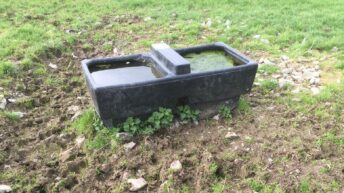 Farmers continue to struggle due to water contamination