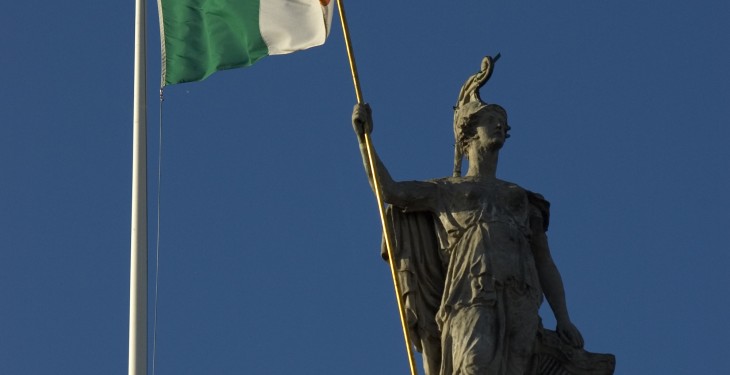 Final decisions on the rollout of the new Common Agricultural Policy (CAP) 2014-2020 for Ireland are near sign-off Minister Simon Coveney has indicated.

Speaking in the Dail this week, the minister said the Department of Agriculture will provide clarity concerning pillar one and pillar two payments in the coming weeks.

“Pillar 1 is more straightforward and I have outlined my views on it many times. Some issues need to be decided upon, including whether we introduce a level of coupling, whether to transfer money between pillars, and the levels of support for young farmers,” he said.

With regards Pillar two he said it was “more complex”.

“That is because I know how much money I have to spend on pillar one and it is just a matter of deciding how to distribute that between farmers. On pillar two, however, I do not yet know how much money I will have to spend. Some €313m comes from the EU each year, but I do not know what level of co-funding we will add to that to make up the full rural development fund. I will have to get a Government decision on that but it has not yet been taken,” the minister explained.

In addition he said 50:50 co-funding for rural development was unrealistic.

“Even in the good times in Ireland we were not providing 50:50 co-funding for rural development in terms of the average spend on such development over the past seven years,” he said.

In terms of greening, he said he favours variable greening. “In my view, that will ensure all farmers will have the same incentive to implement the greening requirements.”

He explained in more detail.

Meanwhile Teagasc‘s submission to the department’s consultation process of CAP has been published, where it indicates that under the reform if the largest level of redistribution is chosen a greater number of farms would see an income increase, but this could lead to a decline in output.

The report also highlights that serious consideration needs to be applied when making decisions on how the reform is implemented in Ireland and it shows that sheep and beef producers are most likely to benefit. The Teagasc submission is available here.

The Irish Farmers Association (IFA) is set to hold a rally in Mullingar Park next Tuesday calling on the 50:50 national co-financing for Ireland’s Rural Development Programme (RDP).

Its president John Bryan said farmers will not accept any dilution of national funding as schemes such as disadvantaged areas scheme, agri-environment and farm investment are vital to ensure that agriculture continues to play a crucial role in our economy.

He said the next couple of weeks are crucial for funding commitments as the RDP has to be lodged in Brussels by early 2014, with measures being implemented later in the year.