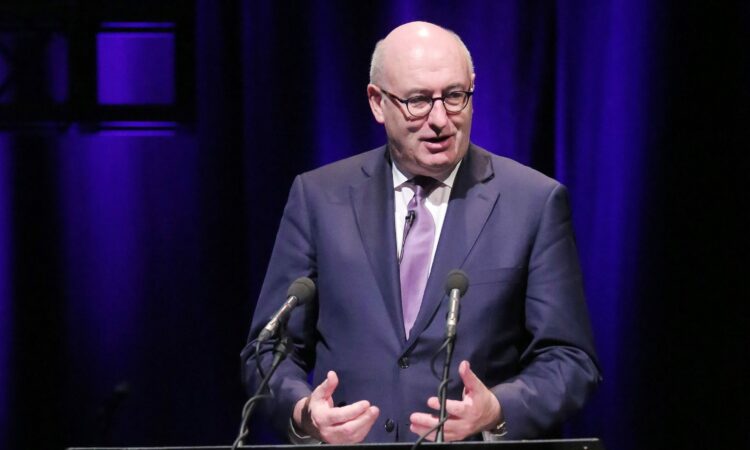 European Commissioner for Agriculture and Rural Development Phil Hogan gave an insight into the ongoing reform of the Common Agricultural Policy (CAP) and its increased flexibility for member states after 2020 during a recent speech in Co. Kildare.

The commissioner covered a wide range of topics, particularly during a question and answer session held with the gathered audience of local farmers from counties Kildare, Carlow and Kilkenny.

When asked about the issue of income volatility and risk management for farmers – especially in light of such harsh weather throughout 2018, Commissioner Hogan said: “We’re not going back to an intervention system where we have wine lakes and butter mountains.

“So, in the absence of that and the abolition of quotas all over the place where we have a free market, we have to have risk management tools available to be able to cope with volatility in the marketplace.

This is all we can do in a legislative way. But what’s there at the moment is not workable.

“We don’t have enough tools to be able, at times of difficulty, to get money to you more quickly – as quickly as possible.

Noting that the farmer is the “last person in the pipe” in the food chain, after the processor and retailer, the commissioner highlighted current proposals to ban unfair trading practices.

He stated that such a move has never happened before, adding that this will hopefully help all farmers, tackling various issues – depending on what the European Parliament and European Council agree on.

“What I’m trying to do is trying to level the market place a bit better than it is now for the farmer through these measures and hopefully that I’ll be able to get, with the help of my trade missions around the world, an opening of trade opportunities.

“Not necessarily in South America; but hopefully ones around the world that no one talks about – the one in Japan, the one in Mexico, and the one in China.

We hear about Mercosur; we never hear about those three. Where they’re going to give you about 200,000t of beef over the next 10 years of an opportunity.

We have our problem with Brexit of course with 250,000t of beef; but we’ll deal with that when we see what colour the rules are at the end of the day with the negotiations.

So the internal convergence issue is a very difficult issue; most member states are abolishing entitlements completely – and I think the Department of Agriculture should do an analysis on that.

“It’s critical if we’re serious about keeping vitality in the rural areas and keeping the maximum amount of young people involved in agriculture,” said the commissioner.

In another question, regarding calls from certain quarters of a coupling of payments for suckler cows, the commissioner explained that such an option might be available after the reform of CAP.

Elaborating, he said: “There’s a system in the Mediterranean at the moment, for countries that are involved in fruit and vegetables and wine under the common market organisation; they give sectoral programmes and sectoral support to various areas of the farming activity.

It’s restricted to them at the moment, to fruit and vegetable and wine – what I’m proposing is you extend that to all sectors – and the member state makes the decision.

“So if you extend that sectoral support, it gives an opportunity in the plan being produced by the Irish Minister for Agriculture, and in consultation with you, to be able to supply a coupled support to a sector that’s undergoing great difficulties from time to time.

“And that can of course be sheep or beef or tillage, but it gives more of an opportunity to use an existing system by broadening it out to include all sectors to get additional support – if that’s what the member state’s plan says,” he concluded. 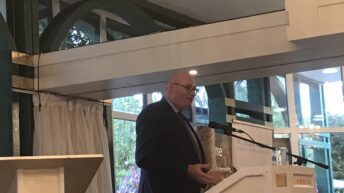