‘I can’t set beef prices, even if I tried to’ 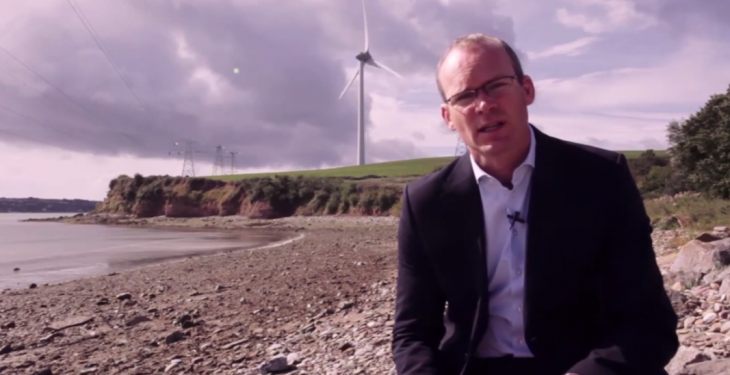 Minister Coveney in Cork where he shot his August video update.

The Minister for Agriculture, Food and the Marine Simon Coveney has said that he can’t set beef prices, even if he tried to.

“I can’t set prices, and would not be allowed to do it even if I tried,” he said in his August video update. The Minister said that he is working extremely hard to solve the big issue for farmers, which is beef prices. “I’ve just been at the Tullamore Show and a lot of beef farmers are finding the going rough. We’ve had really poor beef prices for the past six or seven months and beef prices have fallen from an all-time high price which makes it seem even worse.”

The reason for low beef prices, right across Europe, he said, is that there is an increased supply of beef and a reduced consumption of beef across the European Union. “That’s a problem and has resulted in beef prices falling across the Continent, roughly at the same rate as prices have fallen in Ireland.

He said that only this week his Department had launched a public consultation on setting up producer groups. This means, he said that in the future we will put in place producer groups which will negotiate on behalf of farmers in different parts of the country. They will be able to negotiate with factories which will help farmers get a better deal. “At the moment, farmers have to negotiate on an individual basis, which puts them at a disadvantage.”

He also said that he is receiving a lot of co-operation from the factories on clearer information around spec, quality control and standards. Farmers, he said bringing cattle to a factory need to know the price they are likely to get as well as penalties and bonuses they are likely to get.

He also said that his Department is increasing the funding for Bord Bia to look at places it can grow beef exports.

As regards the issue of ‘nomads’ he said that it is a particular problem for trade in the west of Ireland and border counties, where farmers from Northern Ireland would buy cattle and finish them in the North. “I am working with Michelle O’Neill to solve this with UK retailers and we are working intensively to improve prices in the beef industry.”