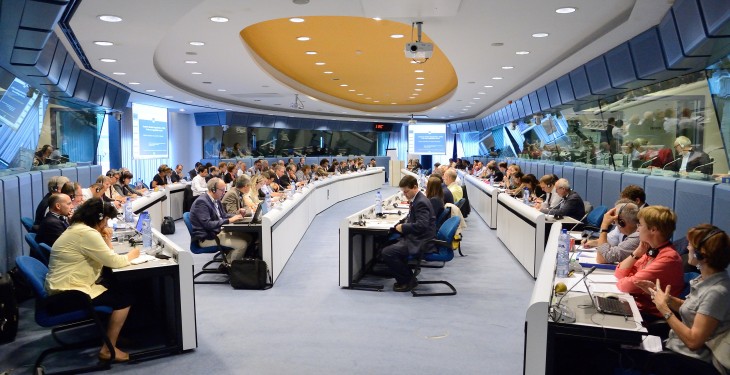 Committee for the Common Organisation of the Agricultural Markets: assessment of the impact of the Russian import ban on different agricultural products

Copa-Cogeca has welcomed the move by European Agriculture Commissioner Ciolos to help support the EU farm sector in light of the recent Russian ban on European food imports.

Copa President Albert Jan Maat urged the Commission for swift implementation of the measures to avoid a further deterioration of the market. “Prices for perishable products like fruit, vegetables and fresh dairy produce are already being badly affected by the crisis, seeing prices drop by over 50% in some cases. Prices for other products targeted by the ban are also coming under severe pressure.”

The European farming organisation is calling for implementation of extraordinary market measures such as withdrawing products from the market and sending them to for example charities, accelerating the date of payment for direct payments, speeding up promotion campaigns to stimulate new demand and accelerating some free trade agreements with non-EU countries to open their markets.

The Russian ban will hit the farming sector badly well beyond one year, it says and estimates that costs be much greater than the €400 million foreseen in the CAP crisis fund.

The European Commission held its first exchange of views with Member State experts this week on the potential impact of the Russian sanctions announced last week on imports of certain agricultural products.

In a statement issued after the meeting, Commissioner Dacian Cioloș stated: “I have two announcements to make today. First, as of early next week, I will come forward with the next market stabilisation measure, targeting a number of perishable fruit and vegetable products which are now clearly in difficulty. This action will be proportionate and cost effective.

“Secondly, this exceptional situation we face as a result of Russia’s ban requires faster and better access to market data, sector by sector. That is why we are putting in place as of today a reinforced market monitoring mechanism to which all Member States will contribute. Meetings with Member States will take place on a weekly basis, for a period as long as necessary.”

He said he is prepared to propose EU wide measures as and when needed. “Producers from across the EU can be reassured. We are following every sector and every market and as material risks emerge, I will act. Through the reformed Common Agriculture Policy we have the budgetary and legal instruments for European action together with the Member States; market confidence through European solidarity is the overriding objective.”

The meeting agreed that the situation is the most urgent for certain perishable vegetables hit by the ban, where the season has already begun and a key export market has suddenly disappeared with no immediate prospect of an obvious alternative. Based on the new information received today from the Member States, the Commission confirmed that it would come forward with appropriate new measures at the beginning of next week.