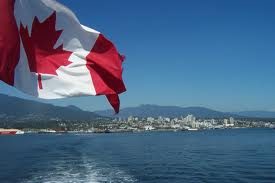 The View from Europe: Canada and the EU are on the verge of concluding a free-trade deal that has been years in negotiations, after settling their remaining differences over agricultural trade, according to Canadian and European officials this week.

Reacting to the imminent signing of a trade deal, Irish Farmers Association (IFA) president John Bryan warned the European Commission that it must implement strict monitoring procedures to ensure that increased imports of pork and beef conceded from Canada, fully meet the terms of the agreement made.

According to the IFA, the deal involves the export of 30,000 tonnes of specialised EU cheeses to Canada and the importation of 45,000 tonnes of carcass equivalent beef with 50 per cent  frozen and 75,000 tonnes of pork meat into the EU.

The IFA president said the bi-lateral trade deal is “more balanced than initially proposed” and, if fully conformed, he insisted that it will not have any significant negative impact on the pork and beef markets in Europe.

The deal also presents new market opportunities in the specialised cheese for the Irish Dairy Board, the IFA added.

The Canadian Prime Minister Stephen Harper headed to Brussels today to conclude a free-trade deal with the EU. A joint Canada-EU study released in 2008 said an agreement would increase bilateral trade by €25.7bn, or about C$35bn.