Brexit: ‘Ireland must look after its haulage industry’ 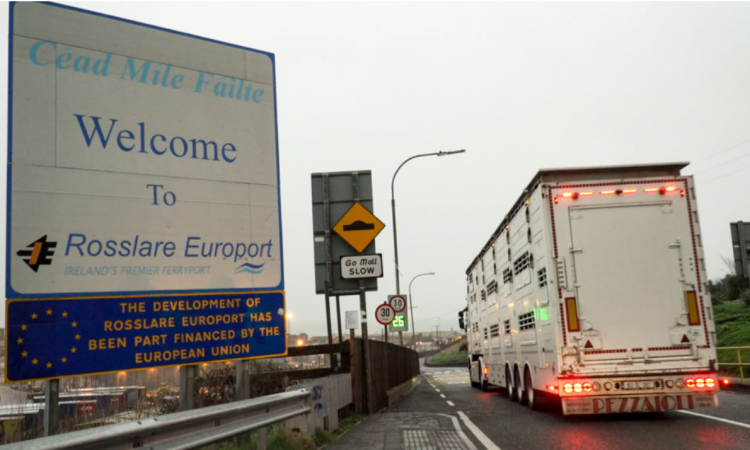 Ireland South MEP Billy Kelleher has said that the government must come forward with detailed contingency plans for the haulage sector in the event of a no-deal Brexit.

The Fianna Fáil MEP, who was appointed as a substitute member to the committee of the European Parliament of Inquiry into Animal Transport yesterday (Tuesday, September 9), was commenting following the publication of the government’s ‘Brexit Readiness Action Plan’.

Kelleher said that “Ireland must look after its haulage sector”.

“While there is a reference to the importance of international haulage [in the plan], there is a significant lack of detail on what measures the government may employ in the event of a no-deal Brexit,” he said.

“I see references to engaging with the EU on contingency regulations but no references to the state securing additional roll on, roll off ferry capacity to alleviate the current dependency on the land-bridge across the south of England.

“Make no mistake about it; in the event of a no-deal Brexit, there will be huge delays at Dover.

The bureaucracy that Irish hauliers using the land-bridge will face will put them under serious time and financial pressure.

He added that any delays could result in “significant financial losses”.

“Bear in mind that much of the product being transported is live or fresh.

“Ireland must look after its haulage sector and its live exports industry. That means preparing now for all eventualities.”

Kelleher is calling on the government to secure additional ferry capacity “immediately” as “we do not have any time to waste”.

He added that the Department of Business, Enterprise and Innovation must secure the “additional roll on, roll off ferry capacity needed to support the sector if travelling across the land-bridge becomes unfeasible”.

Speaking yesterday (Tuesday, September 8), Kelleher said that the “differences and specificities of the Irish situation must be fully understood” when it comes to animal transport.

“As an island nation, we face significant challenges in transporting our animals to market on continental Europe,” he said.

These are challenges and constraints that do not affect the vast majority of other member states and their farming sectors.

“As a dairy farmer myself, I know the challenges that farmers face getting animals to market but, as a farmer, I know the care that our farmers have for their animals,” the MEP added.