Breeding the ‘invisible’ cow and striving for simplicity in Co. Tipperary 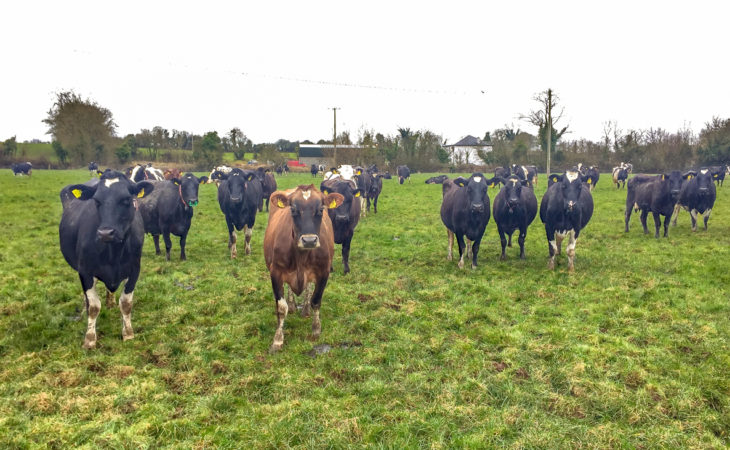 Farming in Emly, Co. Tipperary, Simon Breen plans to milk a herd of 210 cows this spring. Calving is all but finished and approximately 200 cows are currently in milk.

From an early age, the Tipperary native had earmarked a career in farming as his chosen profession; after completing his secondary education, he attended agricultural college and undertook the Farm Apprenticeship Scheme.

After a stint working on farms in France, New Zealand and Cork, Simon returned home to the family’s farm of 65-70 cows and 120-130 beef cattle.

“Along with the home farm, I was working with the Farm Relief Services before I took up a position with Eurogene as an AI technician in 1998; a role I stayed in until 2005. 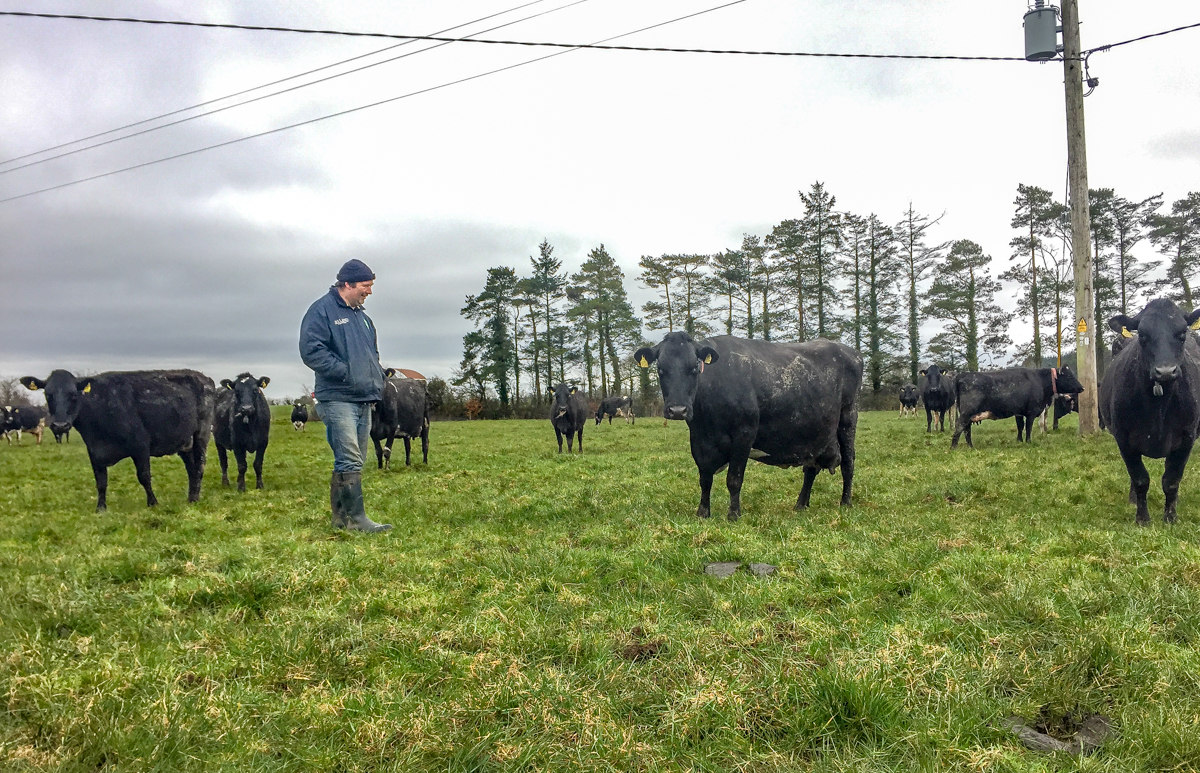 The Breen family had traditionally milked a herd of Holstein Friesian cows. However, Simon made the decision to go down the New Zealand route a number of years ago.

Originally New Zealand Friesian genetics had been used; but after taking the advice of LIC’s Linda O’Neill and viewing crossbred cows on other Irish farms, Simon began to experiment with Jersey genetics.

“I liked what I saw and the crossbred cows suited the system I wanted to run – a low-input, grass-based system.

It’s all about the system. First of all, you have to understand what type of system you want to run. If you’re aiming for a grass-based system on 500kg of concentrate, you can’t aim for massive yields because the diet won’t support it.

“Once you’ve established your system, you then need to pick the cows that suit it and feed them accordingly. It’s very simple after that; it’s simple, repeatable and profitable,” he said.

Simon cited the milk solids production and profitability figures on Pat Ryan’s Captal Farm as a key decision maker when it came to introducing Jersey genetics to his black and white herd.

“After seeing the performance on Pat Ryan’s farm, I decided to go down the crossbred route. The first year I only dabbled in it to see could we rear the crossbred calves. 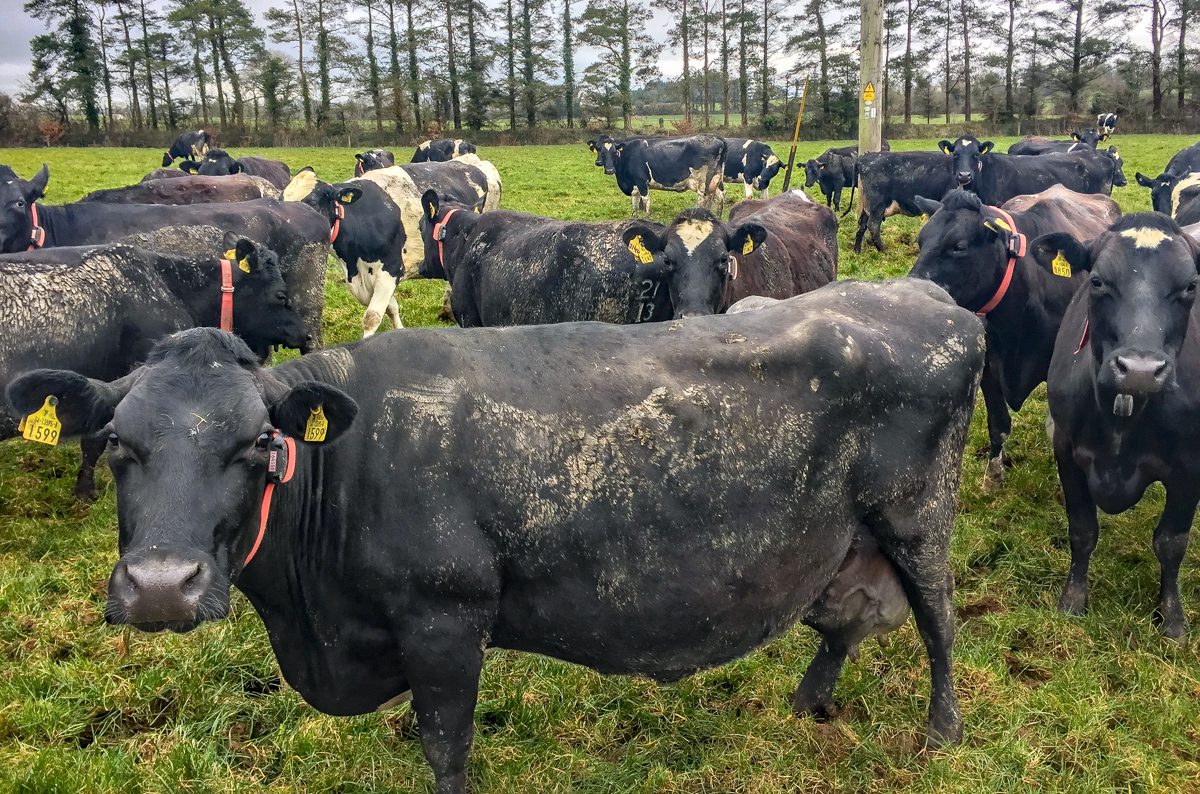 “I actually found that the crossbred calves were easier to rear than the Friesians and you’d hardly know the cows had calved. The cows come straight into the parlour with no set backs. They just hit the ground running.

“Since then, I’ve spoken to a lot of farmers who went down the crossbred route and the one comment they’ve all made was that they should have went full steam ahead from day one.”

The EBI (Economic Breeding Index) of Simon’s herd is impressive; the herd average (cows) stands at €156, in-calf heifers are €171 and last year’s calves are ranked at €183 as of the most recent evaluation.

Although this level of ‘paper’ performance is outstanding, the herd is also delivering the goods in the bulk tank.

Some 483kg/cow of milk solids (4.53% fat and 3.71% protein) were delivered to the creamery last year; placing the herd firmly within the top 1% of Tipperary Co-op suppliers when it comes to the achieved milk price. This level of production was achieved from a meal input of 510kg/cow. In addition, 90% of the herd calved down within a six-week window last spring. 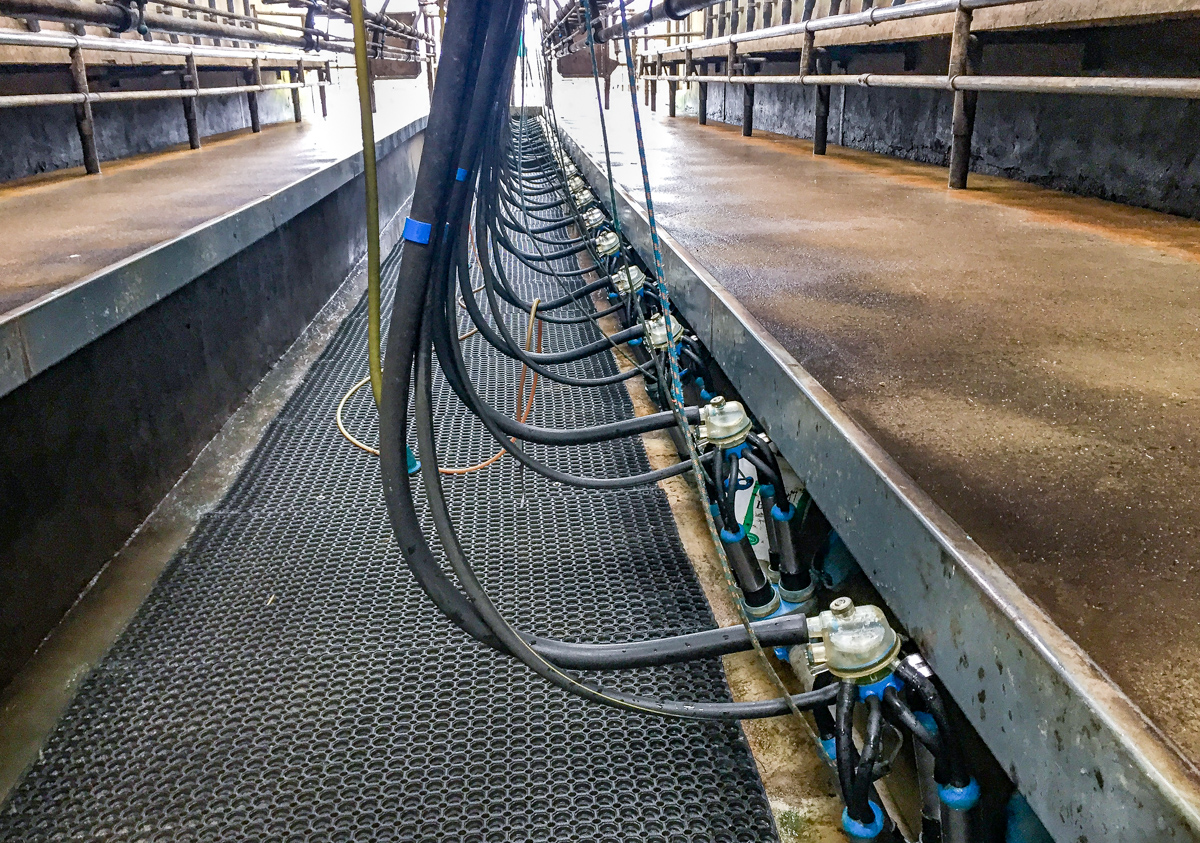 “It’s a grass-based system, but the stocking rate isn’t that high because we have a fairly heavy farm.

“We are lucky enough because we were able to get out most days this spring. The cows are currently on 7kg of grass (dry matter), 4.5kg of meal and the the balance is being made up with silage. I think they’re performing very well and they’re not losing condition.”

“I need a robust cow that will just walk into the parlour. I want an invisible cow. I want to see her two times in the year – the day she calves and the day I inseminate her. I don’t want to see her for the rest of the year and the crossbreds have done that so far.”

Simon is just one of the 500 farmers enrolled in LIC’s Premier Club, which aims to provide Irish farmers with access to ‘elite’ LIC genetics at the same time as farmers in New Zealand.

On joining the club, Simon said: “I had no problem agreeing to club membership. It is only about the bull calf. I’m breeding cows; I’m not breeding bulls.

Membership gives me access to the best bulls and that’s what I want. I want better bulls to breed better cows; I’m not in the bull breeding game.

This year’s breeding season will commence on May 1 and Simon has selected a team of Kiwi-Cross and Jersey bulls, including: Bells CM Conrad; Crescent Excell Misty; Priests Solaris; Werders Prelude; Priests Sierra; and Arkans Beaut. Short-gestation Hereford bulls will be used towards the latter stages of the breeding season. 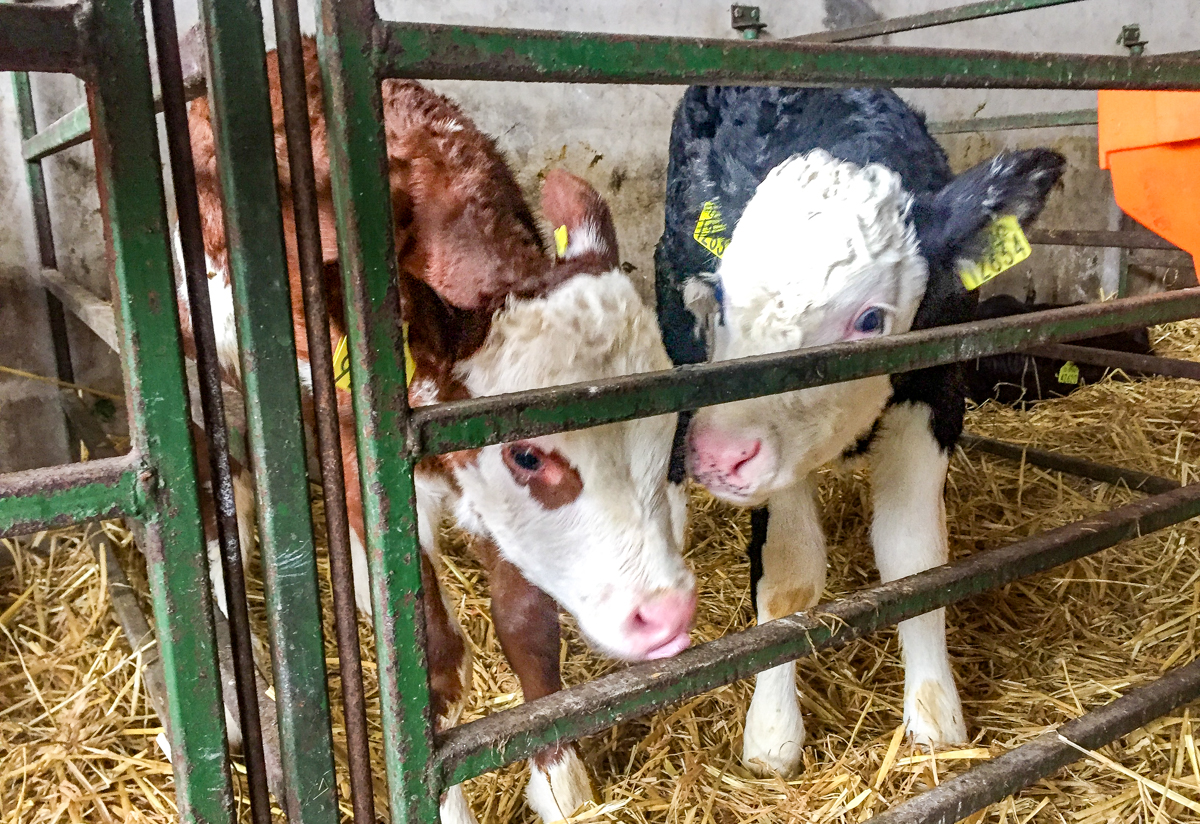 To maintain a large proportion of the hybrid vigour associated with crossbreeding, Simon will mate any crossbred cows to Kiwi-Cross sires. Jersey bulls will be used on the remaining Holstein Friesian cows in the herd.

Simon explained: “I am after fitting Herd Insight collars on the cows this year and they seem to be working pretty well.

“I probably won’t use any bull with the cows this year and I’ll breed them to a short-gestation Hereford bull from LIC to add more value to the calves. I find AI no problem, as I’ve done it for years and we’re well set-up with the drafting system. 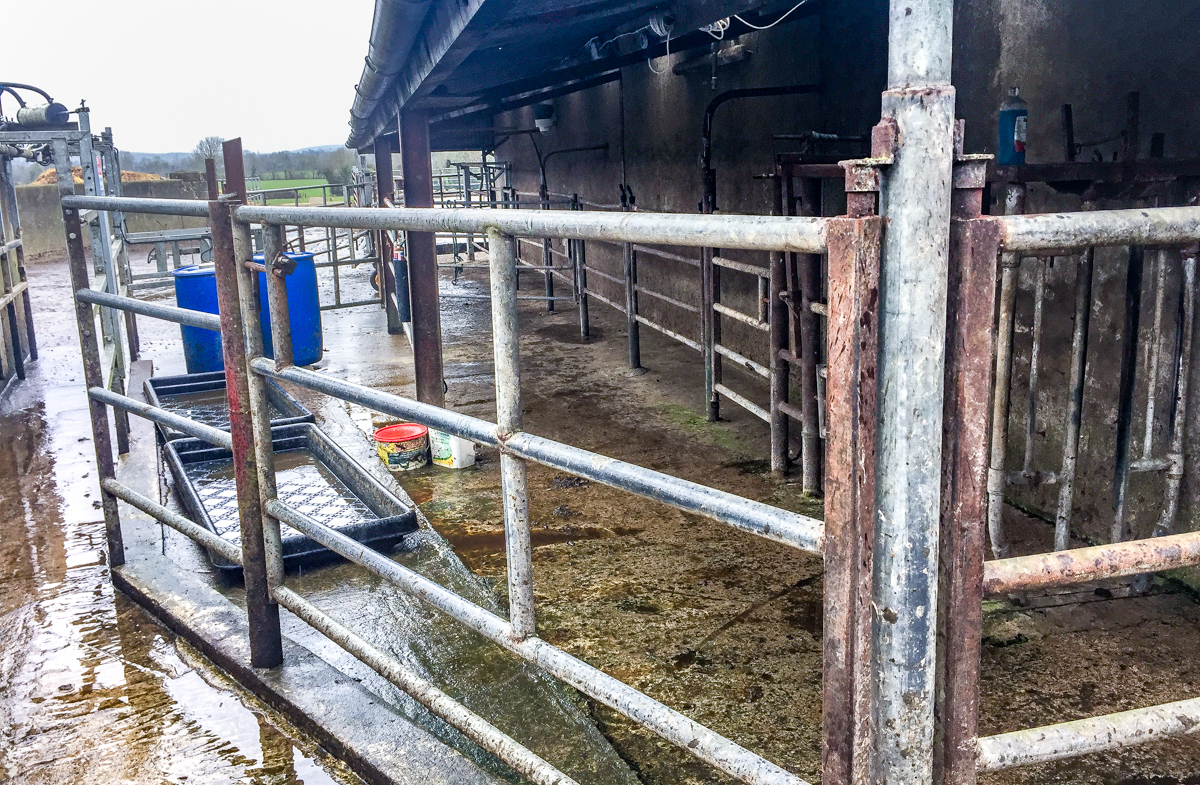 I’ve been very happy with the breeding programme. My solids have never been higher and the results I’m getting from the creamery are going up year-on-year.

“All of my replacement heifers – over the last two years – have been first cross. I am amazed at what they are able to do solids wise; they’re truly exceptional cows and they don’t give any bother,” the Tipperary-based farmer said.

Two generations of the Breen family are involved in the day-to-day running of the business. Simon’s parents – Peter and Shelia – are of retirement age, but they are actively involved in youngstock management.

Simon and one employee – Kenneth Purcell – oversee the management of the milking herd. As it stands, Simon currently contracts out the rearing of 50% of the heifers. This is likely to increase to 100% in the coming years, as Simon intends to spend more time with his wife Carol and their three children – Julia, Sarah and Peter. Click here for more information on LIC