Bord Bia: Playing to win amid the ‘new norm’ of instability

Political instability now seeming to be the “new norm” is one of the key challenges facing Irish agri-food in the near future – which is something that Ireland will have to keep close tabs on, according to Bord Bia CEO Tara McCarthy.

The chief executive said that, against this uncertain backdrop, Bord Bia is working to see “where our industry plays” – and win in these areas.

She also responded to comments made by UK agriculture minister George Eustice recently who said there are “many opportunities for import substitution” in the UK post-Brexit – including opportunities to displace Irish beef from the UK market. 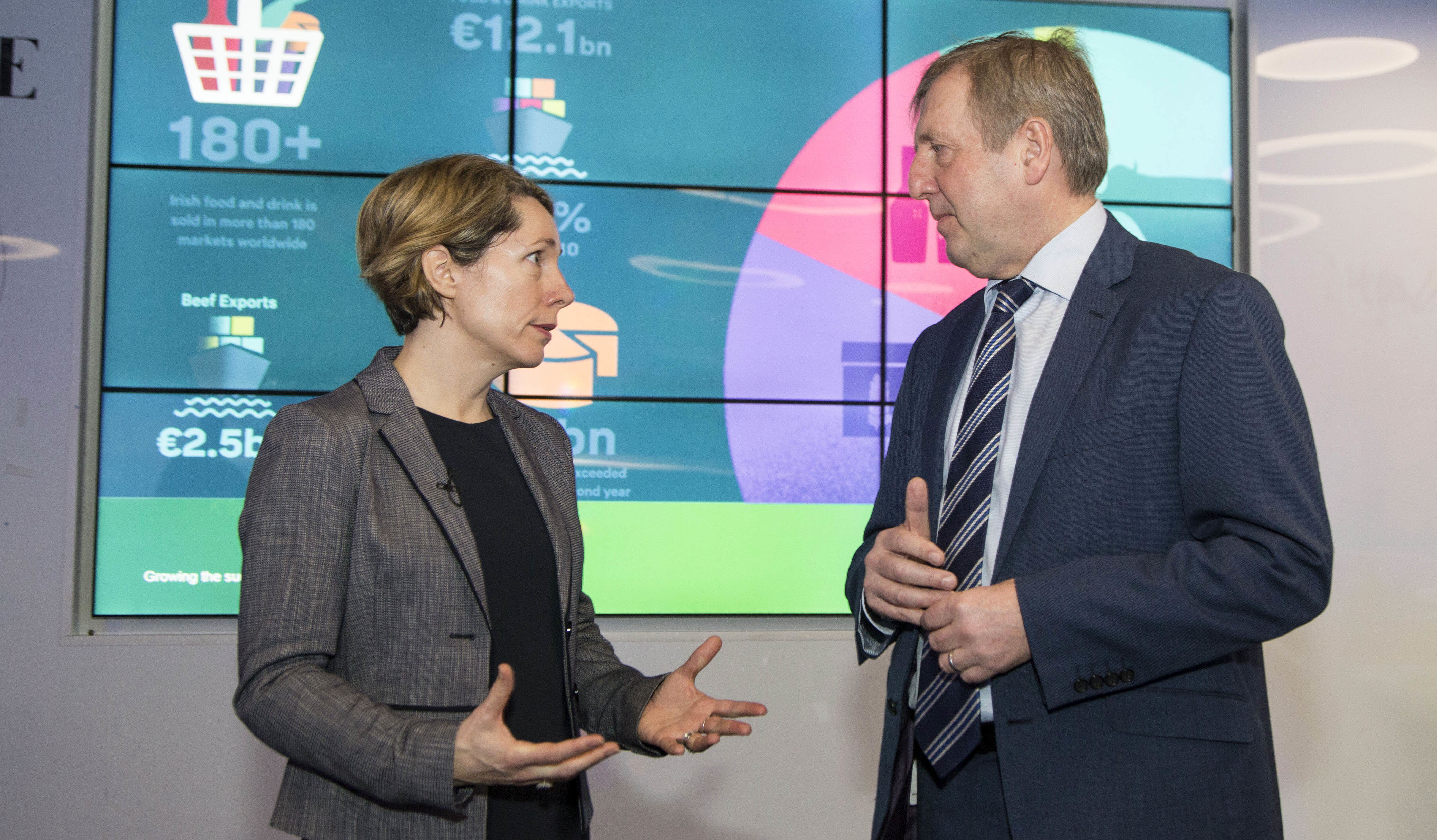 Speaking to AgriLand at the Irish food board’s Export Performance and Prospects 2018/19 report, McCarthy expanded on this.

“If you look at the instability of the world that we’re in and reflecting on last year – and so much of this is going to carry over into this year going forward – political instability seems to be a new norm.

“Brexit is obviously one of the key challenges that our food industry is facing – but so are the trade wars that are going on between America and China because that has implications and effects on every single part of the food chain.”

The CEO stressed that China has an impact on a range of categories that Ireland exports to – meaning that Ireland needs to be aware and following such developments that are happening.

“From a food perspective and from the work of Bord Bia, what we’re looking at is controlling the work that we can control. And rather than getting involved to pretend we’re political commentators, we’re not.

So what we’re looking at controlling and understanding is – where does our industry play – and how can it win in the areas that it chooses to play.

Expanding on this, McCarthy said that to do this, Bord Bia is delivering its market prioritisation to know exactly where Irish goods are going and what further opportunities there are in these markets.

The CEO highlighted that Bord Bia is expanding its overseas staff and opening new offices globally to help with this, opening offices in Japan and Africa for the first time this year, while expanding staff in a number of key market nations, including the US, China, Singapore – and the UK.

“We’ll be increasing our presence in the UK, because we fundamentally believe that as a country that is not self-sufficient in food, we have to defend our position in that market.”

McCarthy also responded to Eustice’s comments in relation to displacing Irish beef from the UK market.

She said: “That would be a political comment; but if I just look at it from a market perspective, clearly the UK isn’t self-sufficient in beef.

But what we would obviously be watching all of the time is the temperature of nationalisation in the UK market.

McCarthy noted that some supermarkets in the UK push ‘Buy British Only’ campaigns, which Irish companies have also done – as have other countries as well.

However, she said: “What we’re looking to understand is the dynamic and temperature of that rather than the political statements – because fundamentally it’s consumers that choose the product.

“And when consumers decide to substitute, then it is substituted so we would be looking at tracking very, very closely that sentiment towards Ireland to make sure that we can maintain that positive agenda.

Because the British consumer is very positively disposed to Irish products – Irish beef, Irish dairy – and they view it almost as a local product.

“And what we want to ensure is that British and Irish sitting side-by-side continues to be viewed as the norm.”