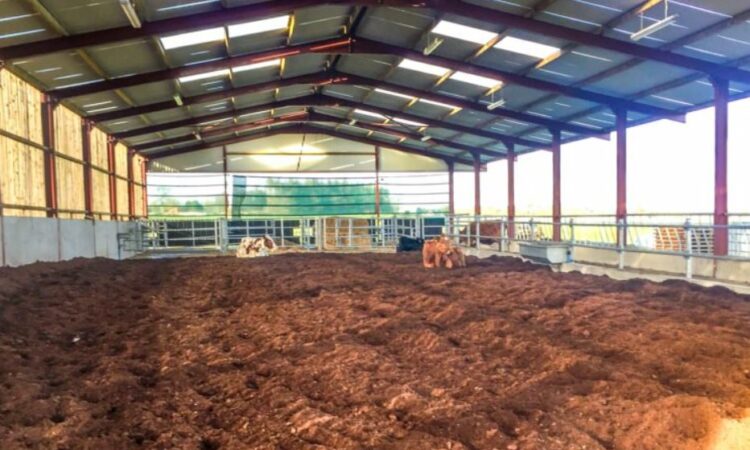 Bord na Mona (BNM) is aiming to substantially increase its offering of peat used for livestock bedding for the upcoming housing season, it has been confirmed.

Speaking to AgriLand, Paul Riordan – head of peat operations at BNM – said that the move coincides with ongoing fears over a possible straw shortage this winter due to persistent drought conditions in recent months.

Although BNM has been selling bedding peat to farmers in relatively small quantities for the last 15 or 20 years, demand for the product has reportedly skyrocketed this summer.

“There is a serious shortage of bedding and we see now that peat can solve a problem for the farming community. We have whatever amount of peat is necessary; there is a ready supply.

“We’re getting huge, huge interest; the challenge is to keep up to the calls,” Riordan said.

Although the prolonged hot, dry weather has brought with it substantial difficulties inside the farm gate in terms of fodder reserves, harvest yields and water supplies; it has been quite a fruitful season for the peat harvest.

Riordan outlined the benefits that, he says, farmers are experiencing after choosing the alternative bedding option.

“It has been a good year; we have a very good, dry product available. Even if we have a bad year next year, that doesn’t interrupt our supply. There is a guaranteed supply there regardless of weather conditions.

The feedback that we’ve gotten from the farmers that we have dealt with is that it’s cost-effective, it’s clean, it’s dry, it suits them and we are working with farmer feedback to get the product more suitable.

“It’s also safer for farmers, because you are not putting out your bedding as often as you might with other products. It’s less frequent that you have to get involved with animals or machinery – there is less risk to farmers,” he said.

BNM has appointed a team to manage peat bedding sales and to grow the market.

The semi-state company will be promoting its latest venture at the Tullamore Show on Sunday, August 12 and at the National Ploughing Championships this September.

“We’re looking to grow the business and we’re looking for new ideas going forward to use our product.

We’re getting out of peat for power generation, so this is something we could use peat for. It’s productive and it helps out the farming community and food production, which is hugely important for us.

According to the semi-state energy company’s latest financial results – published last Monday, July 23 – a total of 70% of BNM’s profits are projected to be “non-peat based” by 2021.

Major progress has also been recorded on the company’s decarbonisation agenda, with the carbon intensity of electricity generated consistently falling over the last decade. Total peat production area fell to just 1% of Irish peat lands.

With nine peat bogs situated in counties located in the midlands, Riordan outlined that the bedding option will be widely available to farmers.

We will designate bogs for peat bedding. We already sell small-trailer loads and large lorry loads to farmers in the 26 counties – we even sell to farmers in the North. We expect to build up a bigger market for the 32 counties.

In terms of price per cubic metre, Riordan declined to divulge a breakdown on cost.

“We will be at the Tullamore Show and there will be a stand on site and a pen with animals; so farmers can judge for themselves how it works,” he concluded. 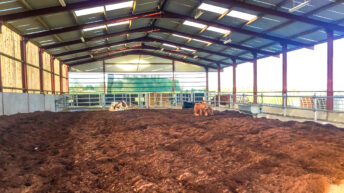 Is there value in alternative bedding options?