‘Attitudes have changed to spreading fertiliser’ 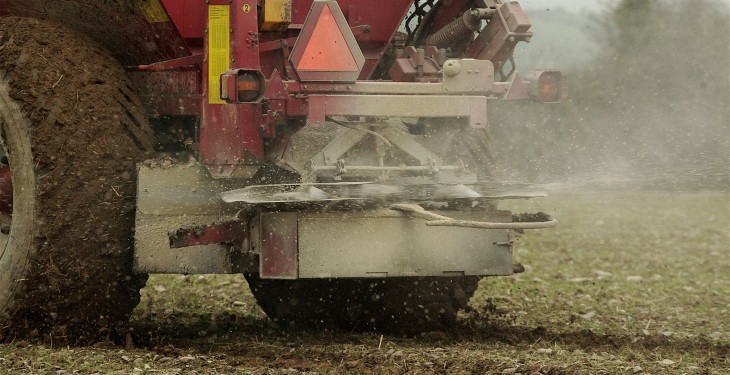 There has been a big change in farmer attitudes to fertiliser in Ireland over the years. This is according to James Humphreys of Teagasc who was speaking on nitrogen fertiliser in particular at a recent Agricultural Science Association nitrates technical event.

That’s down to cost, he said. “Fertiliser use peaked in Ireland in the late 90’s and has come down a lot since. While over the same period we have had a big increase in expenditure nationally. This is influencing farmer decisions.”

Humphreys outlined that the relationship between the cost of fertiliser and the price farmers are receiving for their products be it beef, lamb, tillage or milk has changed dramatically over the years.

He commented: “In the mid 90s a farmer had to sell two litres of milk to buy a 1kg of fertiliser nitrogen. At the present moment a farmer has to sell about four litres to buy 1kg of nitrogen.”

The fate of nitrogen in the soil

Humphreys remarked: “It has been a slow spring from the point of view of getting fertiliser out. But what is happens when you go out and spread fertiliser in January and February.”

He said: “At this time of the year it is likely that one of these three will happen within 5-8 weeks of application. That is why we talk about multiple applications over the course of the year.”

“Nitrogen once it is applied to the soil, there is a high likelihood it is not going to hang around. Ideally it would be taken up by the sward. But that doesn’t necessarily always happen.”