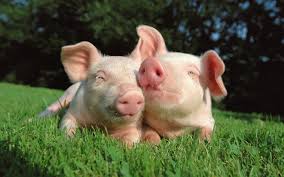 The Bord Bia markets expert outlined that the Blue Ear/PRRS outbreak had a significant impact on supply numbers from August of this year onwards.

He observed that pig supply figures for Ireland which include live exports to Northern Ireland were down between 5,000 to 10,000 head from August onwards, directly related to PRRS.

Also discussed at the meetings was the recent significant drop in pig prices, prices are currently at €1.66/kg excluding Vat.

“Prices have fallen back. Processors in the industry are saying most contracts for Christmas have now been filled so this has had a knock-on effect on trade. In addition, January is a sluggish month so additional promotional activity will be required for that month,” the Bord Bia expert added.

While in terms of the EU price, trade in Russia has played a key part in dictating pricing levels throughout the year, with Russian demand easing lately, this has contributed to some of the decline in European prices.

In terms of international markets, China accounts for almost half of the global pork production at around 55 million tonnes.

“Depsite the volatility in feed prices over the years, pork production continues to show strong single-digit growth in China. Despite this strong growth in production, larger quantities of imported product are being required to meet rising consumer demand.”

Chinese imports of pork increased by 83 per cent in 2011 compared to 2010 levels reflecting lower production that year. Since 2011, imports remain at elevated levels. In 2014, imports of pork are expected to grow by a further three per cent to almost 800,000 tonnes.

By 2020, on the back of per capita wealth doubling to around US$7,000 on 2014 levels, pork imports are expected to reach approximately two million tonnes.

A significant decline in exports to Japan, 63 per cent, was noted, due in main to a reduction in ‘belly’ demand.

“There is also some andeotal evidence to suggest that there are greater levels of paperwork required for the Japanese market.”

In terms of Ireland’s new market for 2013, Australia, the results are positive in that more than 1,000 tonnes of pork was exported since March. “We forecast in total 1,500 tonnes for the entire year, which is a positive development,” he said.

A stronger demand to Russia was also noted, due mainly to the absence of the US/Canadian market to the region in line with the ractopamine ban in place during February this year.

“With most of the Irish industry approved to supply the Russian market. This has led to Irish exports running at around 50 per cent higher to this market for the first nine months of the year compared to previous corresponding year levels.” Duggan outlined.

On a European level, supply in 2013 is forecast to be down by one per cent or almost 3 million head to around 246 million head, due to the ongoing decline in breeding sows herds.

“Given that breeding sow numbers are in decline tighter supplies during the second half of 2014 should materialise following some slight recovery in output for the first half of the year.”

Meanwhile, closer to home, awareness of the Bord Bia Quality Assurance Mark has grown. According to its research, the awareness level stands at 93 per cent. Bacon consumption has grown by three per cent for the year ending the 10th November 2013. This reflects the positive impact that the ham and bacon advertisements are having on consumption, with awareness of its TV adverts now standing at 68 per cent in 2013 compared to 51 per cent in 2012.