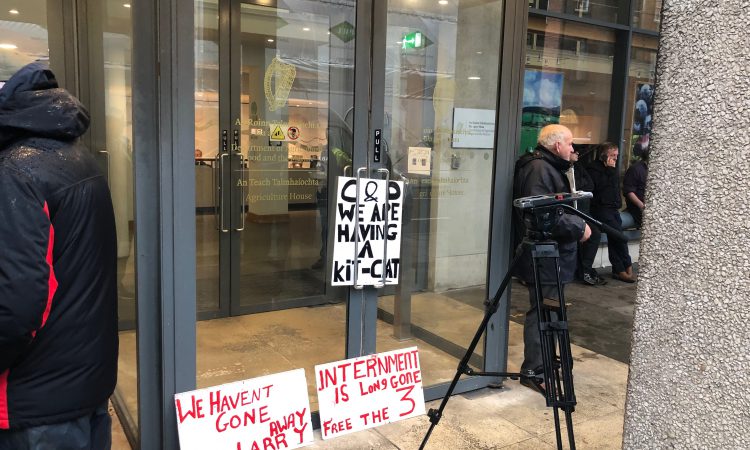 The first meeting of the Beef Market Taskforce, which was due to take place today, Monday, October 14, has apparently now been postponed, amid a protest taking place at the headquarters of the Department of Agriculture, Food and the Marine.

That’s according to Dermot O’Brien from the Beef Plan Movement, one of the farmer groups that was due to attend today’s talks.

O’Brien said that the Beef Plan Movement had spoken to Michael Dowling, the chairperson of the taskforce, and added that Dowling “had no choice only to adjourn today’s meeting”.

We’re going to stay around for a while. We’ll be hoping that he [Dowling] will make contact with us during the day, and maybe there is a chance we will reconvene later on in the evening.

Enda Fingleton, also from the Beef Plan Movement, insisted that legal proceedings against people who were involved in the meet plant protests must be lifted.

It appears that the group of protesters at Agriculture House in Dublin prevented Cormac Healy, senior director of Meat Industry Ireland (MII), from entering the building. Healy then subsequently left the scene.

The group of farmers appear to be protesting on the back of claims that injunctions that arose from the beef protests have not yet been lifted.

There appear to be conflicting claims from MII and farmer associations as to whether or not legal proceedings against farmers have been lifted. 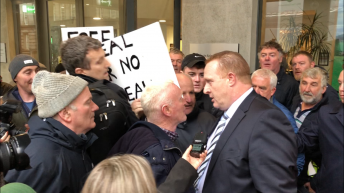