The Minister for Agriculture, Food and the Marine, Michael Creed, today chaired the 11th meeting of the Beef Roundtable.

Reflecting on the strong performance of the sector last year, Minister Creed said: “I must acknowledge the efforts of all in the industry who contributed to a successful 2017 – which saw a 5% increase in the value of our beef exports to €2.5 billion and a 4% increase in the volume of our exports to 556,000t.”

“It is very encouraging to see the growth in third-country beef exports in recent years, in line with the Food Wise focus on market development.

The share of beef exports outside the EU has grown from 1.6% in 2013 to 6% last year, representing a significant diversification from our traditional UK and EU markets.

The minister stressed that increasing the Irish share of international markets will be an important part of his work in 2018, with additional trade missions planned during the year – in addition to his most recent trip to Turkey last week, which focused on live exports.

During his trip, Minister Creed agreed to the establishment of an official ‘Contact Group’ involving officials from both the department and the Turkish Ministry of Agriculture, which will allow for better engagement between both departments on technical issues as they arise.

In relation to the success of this trade, Minister Creed added: “The Turkish market, since it opened for the live export of cattle from Ireland to Turkey in 2016, has now grown to our third largest market for live exports.

“This is due to a combination of the quality and reputation of weanlings produced by Irish suckler farmers, the valued work of our live exporters and the efforts I have concentrated on since I took office to ensure that as many markets are available for Irish beef – be it in processed form or in live cattle – to ensure that Irish primary producers can receive a fair price for their cattle.”

The minister also provided the Roundtable with an update on progress in relation to Brexit and international trade deals such as Mercosur – reassuring all stakeholders of his determination to ensure that best interests of the Irish beef sector are strongly represented.

Minister Creed also reminded participants of the CAP post-2020 consultation meetings and emphasised the importance of these to the beef sector, especially in the context of beef farmers’ reliance on direct payments.

These meetings and the public consultation process currently running are an important means by which beef farmers can make informed contributions to the future direction of the CAP.

The Roundtable was provided with an update on 2018 markets prospects from Bord Bia and presentations on market access and climate change from department officials.

Concluding, the minister said: “I am confident that, despite significant challenges, the continued efforts of all stakeholders present at the Roundtable will ensure that the sector continues to further develop over the next number of years and build on the successes of 2017.” 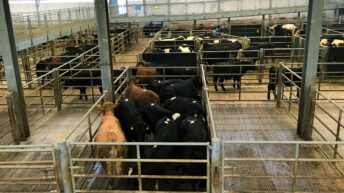