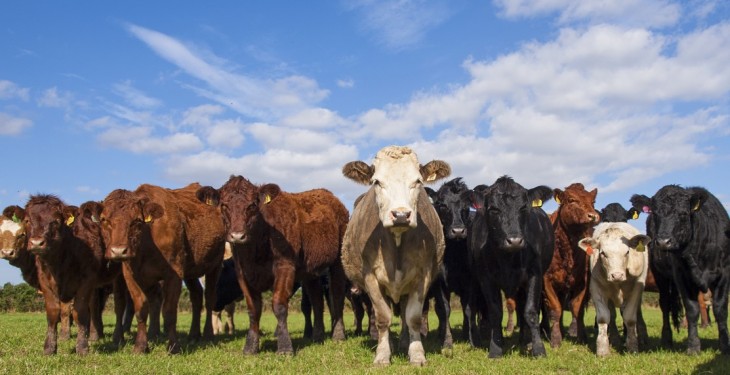 Livestock and Meat Commission Chief Executive Ian Stevenson has told AgriLand that the report, researching the price differential in beef prices between Northern Ireland (NI) and Great Britain, which was launched earlier this week, should be regarded as working document for the redmeat industry as a whole.

“It is significant that everyone involved within the industry recognises the validity and wholly independent nature of the work undertaken by Oxford Economics. The final report contains a number of recommendations, which must constitute action points for the redmeat sector.

“Yes there are issues such as currency, the cost of exporting finished product across the Irish Sea and local electricity prices over which we have no control. However, farmers and processors can join together to ensure that the cattle we are breeding and finishing meet market specifications more comprehensively. I think it is also significant that many of our recommendations complement the conclusions reached by the Agri-Food Strategy Board.”

The research undertaken, courtesy of the report, examined the differences in cattle prices between NI and GB from 2009 to 2012. This work was conducted by analysts from Oxford Economics in conjunction with a project steering group led by LMC.

The report concludes that the differential in cattle prices varies across different classifications, with higher prices paid for prime cattle in GB compared to NI, while NI processors paid higher prices for cull cows.  On average, R3 steer prices were 14p/kg higher in GB between 2009 and 2012, while the difference in R4 steer prices was 21p/kg.  From 2009 to 2012 the NI P2 cow price was 9p/kg higher than equivalent prices in GB.

“It highlights the obvious remoteness of Northern Ireland from all of its main markets and the extra cost entailed in putting beef products into the UK and Europe.

“However, it also highlights a number of issues which the entire redmeat industry can address during the period ahead. Chief among these is the need to increase the percentage of cattle that meet the required commercial specification.”

The Northern Ireland Executive is expected to deliver its response to the Agri Food Strategy Board Report – entitled Going for Growth – in the early New Year.