Beef is a numbers’ game – Downey 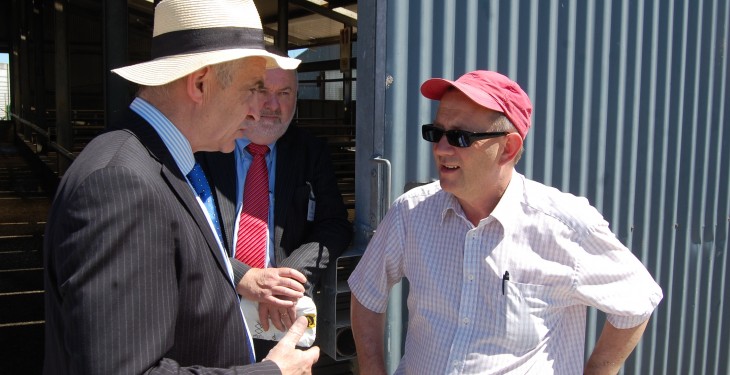 IFA President Eddie Downey has told Agriland that he concurs with the views expressed by Bord Bía at Beef 2014 that Irish cattle prices may well improve later in the year.

“Beef is a numbers’ game,” he said. “And I agree that the Irish cattle kill is currently at record levels. In tandem with this, there are greater than normal numbers of finished cattle coming on to the UK market at the present time. But the UK is only one outlet for Irish beef. There is no reason why our processers cannot target Europe with Irish beef in a more proactive manner.

“Another upside at the present time is the record numbers of live cattle leaving Ireland. So there is every reason for Irish beef farmers to expect a better return from the market place now, rather than waiting for other developments to kick in.”

He also said he believes that more should be done to open up the Russian market to pork from the EU. “Pig producers are doing well at the present time,” he commented.

“However, pigmeat is currently competing with beef on all our EU markets. So anything that can be done to get pork back into Russia will help strengthen beef prices right across Europe.

Meanwhile, the IFA President is strongly of the view that a solution to the problem of exporting live cattle to Northern Ireland, without them losing their identity, can be found.

“This is a technical issue,” he commented. “If cattle are moved cross border in tandem with their identification passports there is absolutely no reason why the animals should lose their traceability status. My understanding is that the plants in Northern Ireland will accept this proposal.

“We now intend discussing this issue with Farm Minister Coveney and the North’s Farm Minister Michelle O’Neill as a matter of priority.”