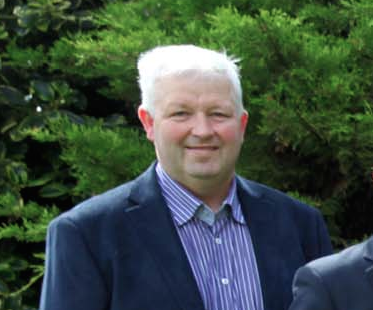 Dairy farmer, Sean Monahan, from Athenry, Galway, was elected the new Chairman of Arrabawn Co-op at a meeting of the board members in Nenagh this week.

A member of the board for the last nine years and Vice Chairman for the last three, Sean takes over from Patrick Meskell who had completed his three year term of office.

Married with three children, Sean milks 120 Friesian Holstein cows on his farm near Athenry. He was involved with Mid West Co-op before its merger with Nenagh Co-op to form Arrabawn Co-op in 2,000.

Paying tribute to his predecessor, Sean said that Patrick Meskell had made an enormous contribution to the growth of the Society, and he thanked him for his dedication to its business, his involvement in its affairs, and his support for the board and management during his term of office.