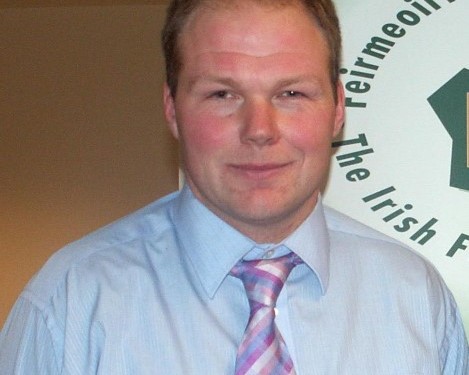 The Beef Forum must deliver for farmers, according to IFA National Livestock Committee Chairman Henry Burns.

Commenting on the news that the next meeting of the forum will take place on February 4, the Co Laois beef producer added that the Minister for Agriculture Simon Coveney must take the lead on this matter.

“Minister Coveney will have to tackle the factories over their commitment to Quality Assurance considering their reluctance to pay farmers a worthwhile incentive for steer and heifers from quality assured farms, as agreed at the Forum meeting in November,” he said.

“The Minister and his Department have to get fully engaged and take a more hands on approach so as to ensure that the Forum outcomes are properly implemented.”

Burns also confirmed that the IFA will be insisting that progress is made across the large range of issues agreed at the last Forum including the proper and fair operation of the QPS, removal of severe specifications cuts and replacing them with conditions that suit Irish beef production on weight, age, residency and movements, proper price transparency through a market index, more contracts, opening live exports markets, increased monitoring of carcase trim by the Department of Agriculture and a clear market and production plan for bulls.

The IFA Livestock leader added that the increase in cattle prices since the IFA protest is positive and prices need to continue to move forward for winter finishers. He said the increase in prices and removal of specification cuts on weight and age since the IFA protests goes to prove how wrong last year’s severe specification cuts from the factories were on farmers.

No venue has yet been confirmed for the next meeting of the Forum. The previous get-togethers were held in the greater Dublin area.