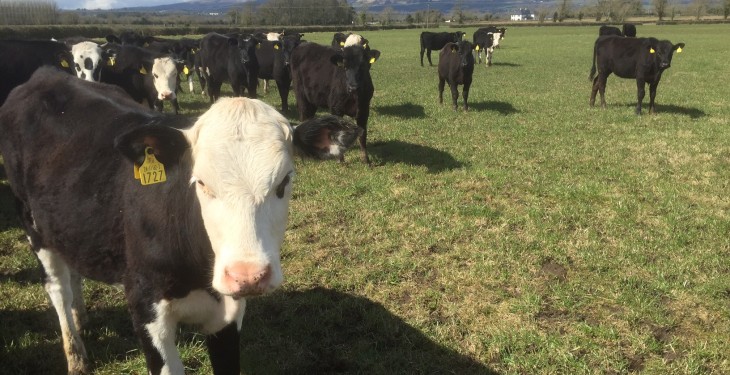 A paddock system will allow beef farmers to grow 17-20% more grass on their farms, resulting in 20% more profit, according to Teagasc’s Christy Watson.

The Teagasc Beef Specialist spoke at a recent Teagasc Green Acres Calf-to-Beef farm walk in Co. Laois, that was attended by over 300 farmers.

“If you want to make more money from cattle you need to have a paddock system.

“On some farms, where a paddock system has been installed the gross income increased by 50% over a three-to-four year period,” he said.

Watson said that setting up a paddock system will also result in a 20% increase in farm profit, due to more grass and higher cattle weight gains.

“Grass is the cheapest feed available on farm,” he highlighted.

When paddocks are not used, it takes a long time to graze out fields and, the regrowth of the grass is affected.

“Cattle can achieve better live-weight gains, due to the better quality grass produced. There are higher utilisation rates from a paddock grazing system than strip grazing or block grazing,” he said.

The grass quality tends to be higher in paddocks, as there are grazed every 21 days, which means that the cattle are always eating young leafy grass, he said.

Along with higher growth rates, a paddock system will allow farmers to make better quality silage, as surpluses can be identified early and taken out for winter feeding, the Teagasc Specialist said.

Grow more grass and get rid of the rented ground

Watson also said that the increase in grass growth rates from a paddock system could also allow some beef farmers to reduce the amount of rented land they farm.

“On average cattle farmers rent 17% of the ground they farm and if they were able to increase the volume of grass grown they could do without this land,” he said.

This would be a major cost saving to the farm he said, as the money saved on rent could be extra profit.

Setting up a paddock system:

The Teagasc Specialist said that a paddock system does not have to be expensive and unlike dairy farms a roadway may not be necessary.

He said that beef farmers should aim to have six-to-seven paddocks on their farms, as this will allow for a 21 day rotation.

He also said that the size of the paddock must also be seriously considered by farmers.

Paddocks that are too big in size could result in cattle grazing the one paddock for more than three days, which could have a negative impact on regrowth, he said.

Watson also said that the location of the water trough is another key consideration for farmers, ideal they should be placed in the centre of  the paddock and cattle should have to walk no more than 100m to access water. 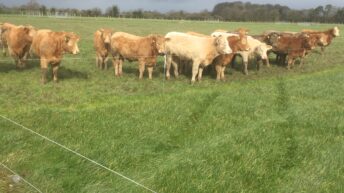 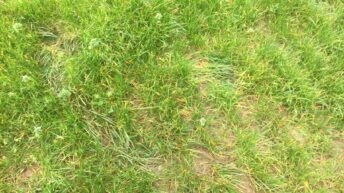 Reseeding this spring? There is more to consider than just sowing seed