The Irish Farmers’ Association’s (IFA’s) Livestock Committee chairman, Angus Woods, said factories are anxious for cattle and the factory message to agents is not to let any cattle slip away.

Steers are currently sitting at a base of 370–375c/kg, while heifers are trading from 380-385c/kg in most cases. Some farmers, especially those with large numbers of in-spec stock, have been receiving prices of 5c/kg above base quotes.

At the upper end of the scale, this brings some heifers to 390c/kg – but the numbers slaughtered at these prices are relatively low in the grand scheme of things.

According to Woods, this is a reflection of the strong market demand both in the UK and across Europe. In addition, the Christmas trade is kicking in at this stage and factories need the stock.

Farmers are not parting with cattle at the lower quoted prices on offer from some factories. They are insisting and getting a base price of €3.75/kg for steers and €3.85/kg for heifers.

“Stronger market demand for beef in our main export markets, in the UK and continental Europe, must be reflected in higher prices on offer from the factories.”

Woods stated: “Across our main continental EU beef markets, cattle prices are up 30c/kg since this time last year.”

Like the prime kill, cow prices have also remained relatively unchanged from last week and most buyers are offering 300-315c/kg for P-grade and 315-335c/kg for O-grade animals. R-grade cows are making 340-350c/kg.

However, there are reports of plenty of plainer cows being available for slaughter – particularly cows of dairy origin.

Cattle supplies at Irish export meat plants for the week ending October 22 amounted to over 36,000 head. That’s a decrease on the previous week, but on par when compared to the same week during 2016, according to Bord Bia.

According to Woods, large volumes of cattle have already been killed and also exported live this year.

The kill is already up 72,000 head. 38,000 additional young bulls have been shipped to Turkey in the last 12 months. Carcass weights are an average of 6kg/head lower – accounting for the equivalent of another 30,000 head of cattle.

“All of these disposals, which amount to 140,000 head, have eaten well into any extra numbers and will leave supplies much tighter than originally anticipated,” he explained.

According to Bord Bia, the British trade eased again last week on the back of recovering throughputs, with little change in demand.

In terms of prices, the AHDB (Agriculture and Horticulture Development Board) has reported that R-grade steer prices have decreased again – amounting to 422c/kg for the week ending October 22. Heifer prices were 413c/kg in Britain and 399c/kg in Northern Ireland.

In France, a mixed trade was reported with demand for premium angus beef cuts, while demand for offals and forequarter cuts eased.

In Italy, the trade remained steady last week for most products. Looking at producer prices, the latest R-grade young bull price was down 7c/kg, making 398c/kg – while cow prices were up 6c/kg, amounting to 293c/kg. 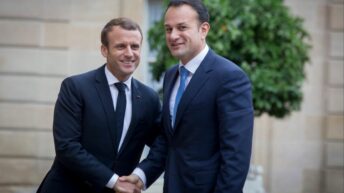 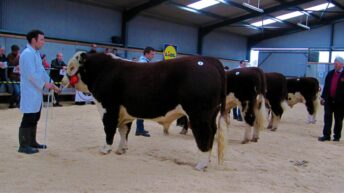