A Macra na Feirme club which reformed just 13 years ago, and achieved its first national competition win last year, has gone on to be named the best club in Ireland at this year’s rally.

With six clubs in the running for the national title, there were a few tense moments before Macra president James Healy announced the overall winner.

Early on, it looked likely that the night would be dominated by Cork, with four clubs from the county shortlisted for the top award.

Six clubs made it to the Club of the Year final including:

And it was a double victory for the county as 21-year-old Enda Shalvey was also named this year’s Best New Member.

She said: “I’m just overwhelmed – so delighted. I think it was just our teamwork; the way we are so active in the community which has made us stand out.

“We have done a lot of fundraising for charities and on the other side we are progressing all the time in sports.

“We entered all the sports competitions that Macra has last year and got to four national finals last year.” 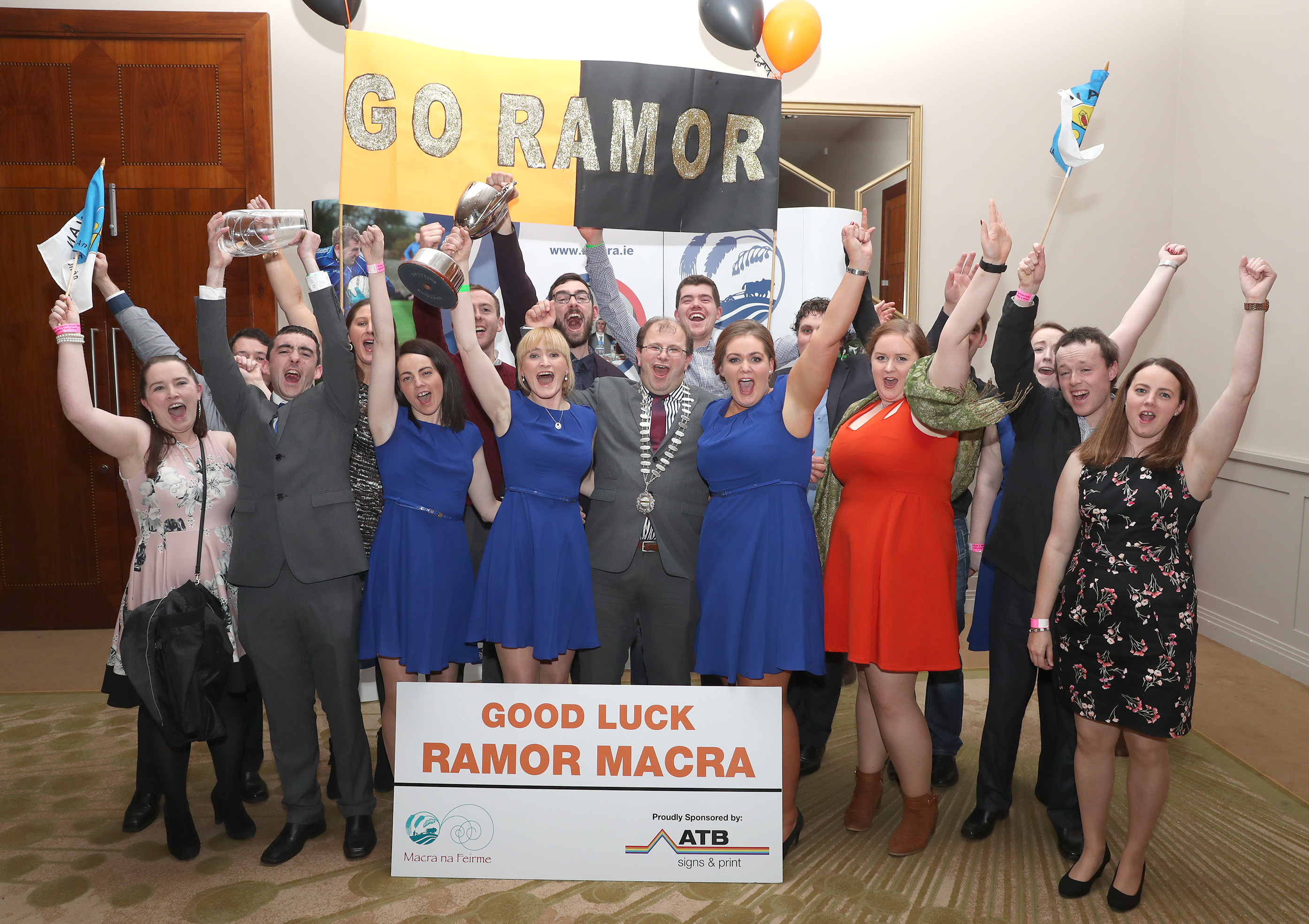 The last 12 months marked several firsts for the club – it tried its hand at the drama competition for the first time and managed to reach the final. The club also won the impromptu national title, its first national title.

We never got to the top until last year when we brought home the impromptu national title – that was our first national title since our re-establishment in 2004.

“It was long overdue and well-deserved for the three members who were part of the team,” Monahan said.

Over the past year, members of Ramor have been involved in a number of charity nights including a ‘Shave or Dye’ night and a Strictly Come Dancing competition.

The club also ran exchange nights with Athboy and North County Dublin and hosted young farmers on exchange from Canada and Scotland.

During the year, its members travelled as far as Brussels, Rome and the Czech Republic where they gave talks and attended the CAP 2020 discussions.

Two members also took part in this year’s Queen of the Land and a further two reached the final of Macra’s Young Farmer of the Year competition.