Latest figures from the CSO show that the agricultural output price index decreased by 1.1% in June 2014, compared with May 2014.

The agricultural input price index was down 0.2% over the same period. Thus, the resulting terms of trade index decreased by 0.9% in June 2014.

Input prices were also down in the main over the period Jan-Jun with fertiliser prices down 3.4% and feeding stuffs prices down over 10%. 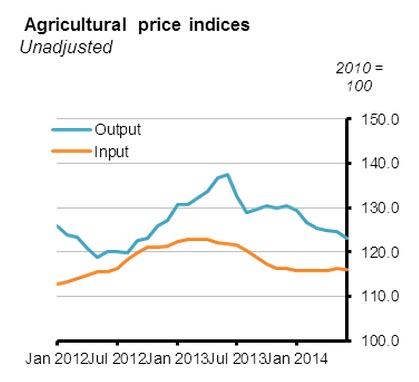