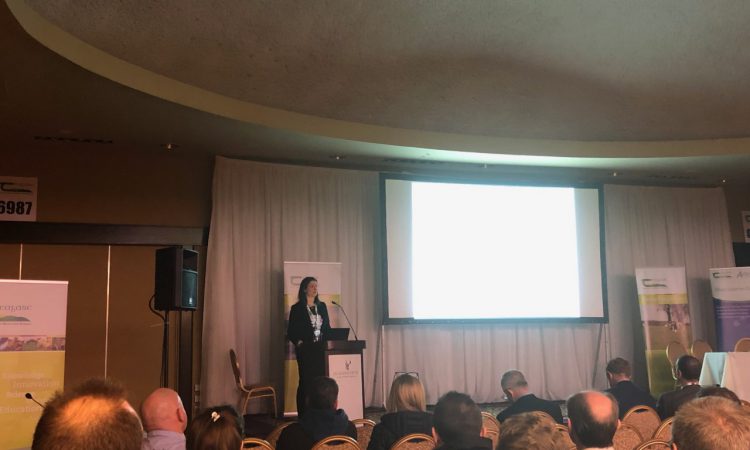 “Mature ewes build up immunity to worms by 12 months-of-age. Therefore, dosing them after this should be avoided at all costs,” according to Orla Keane of Teagasc.

There were a number of presentations delivered on the night, with sustainability and environmental challenges being the key themes.

The presentations delivered on the night are listed (below):

‘Only dose when you have to’

Keane’s presentation focused on anthelmintic resistance of stomach and gut worms in sheep. In her presentation, she warned farmers to be careful of what doses they administer to their sheep and the effects that it may cause in terms of building up resistance.

Keane explained: “Research carried out by Teagasc has shown that, in Ireland, there are numerous cases of sheep being resistant to white drenches.

“Therefore, of the three main products being used to treat worms in sheep, I would advise farmers to test their sheep to identify if they are resistant to a particular dose.”

The control of gut worms is carried out by the administration of a broad-spectrum of anthelmintics. The five classes of wormers licensed for the control of worms in sheep are listed (below).

Keane added: “I would encourage farmers not to dose mature ewes for worms. A ewe that is two years-of-age will have built up immunity to worms and won’t need to be dosed.

“Only in certain circumstances would I treat ewes for worms. For example, I would only dose thin or lactating yearling ewes.

“Sheep will have built up immunity to worms by the time they are 12 months-of-age. If you plan to turn out ewe lambs to the ram, I would dose them, but if they aren’t going to be bred I would be against dosing them.

Anthelmintic resistance is a growing problem and we need to be more careful about what doses we use on our sheep.

“I would advise farmers to be cautious about using white drenches [benzimidazoles] and only to use them to treat for nematodirus – where there is no evidence to suggest that this particular worm has built up resistance to this dose.

“Dosing sheep with white drenches mid-season is not going to have any effect; it should be administered early in the year – when there is a small worm burden in fields.

“The best advice I can give to farmers is to test which anthelmintics are effective on their farms and to avoid continuous use of wormers from a single anthelmintic class,” Keane concluded. 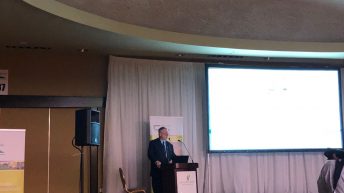