There is a considerable difference between the top performers in dairying and other farmers in the sector. Meanwhile, the average dairy farm profit has risen from just over €850/ha to €1,236/ha over a four-year period inclusive of EU farm subsidies.

This was just a snippet of the findings shared by Philip O’Connor, author of IFAC’s Irish Farm Report 2019 which was launched this morning, June 20, in Co. Laois.

The report details the views of over 2,133 Irish farmers and also contains a comprehensive analysis of 21,755 sets of farm accounts over four years.

O’Connor also pointed out that dairy farms are continuing to perform well with most “consistently generating positive returns”.

“IFAC data shows that over the last 10 years the top 10% achieved a turnover of 38% above average while maintaining costs at only 13% above average,” he added.

“Over the last three years top performers spent – on average – 14% more per hectare on fertiliser/lime and 20% more on feed than other farmers.”

Meanwhile, the launch was told that farmers in the top 10% use a variety of farming systems with different levels of input and output.

“Our data shows the top 10% of dairy farmers consistently retain 45% of their gross income,” said O’Connor.

“The key profitability driver is not necessarily the farm system but rather the farmer’s ability to convert gross income to net profits using a chosen production method.” 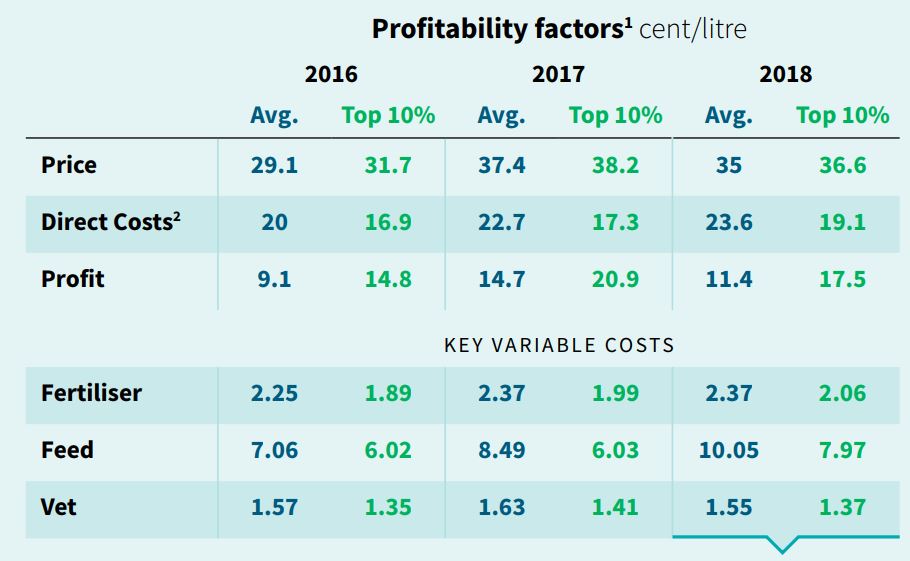 O’Connor went on to say that the firm’s data also indicates that profits increased over the last 10 years.

“The increase in profits has been driven by increased production; interestingly, the average margin per litre has not changed significantly in the last 10 years.”

The report’s author went on to say that the data compiled by the company indicates clearly that while output is a key driver in profitability “it must operate in tandem with tight cost control”.

“Although the top 10% spend more per hectare than the average farm they spend 25% less on a cost per litre basis,” O’Connor told those gathered.

“The top 10% are spending 14% more per hectare on fertiliser/lime and 20% more on feed per hectare.

“This is helping to reduce their costs per litre as output increases – good grassland management is the cheapest form of feed for cows.”

Over the past four years dairy farmers invested an average of €32,940 of capital investment in 2018.

O’Connor concluded: “Over the last four years dairy farmers have invested an average of €28,000 per annum in capital development.”