The average beef farmer made a loss of €101/ha in 2019 – before taking other incomes into account, according to new research.

The data comes from accountancy practice IFAC which has released preliminary findings from its Irish Farm Report 2020. The report includes a detailed breakdown on the performances across all sectors (this article discusses the beef, dairy and sheep sectors).

The data shows that this figure is a slight improvement on the beef sector performance in 2018, when the loss stood at €116/ha.

Without this other income, 66% of beef farmers would not have made a profit in 2019. 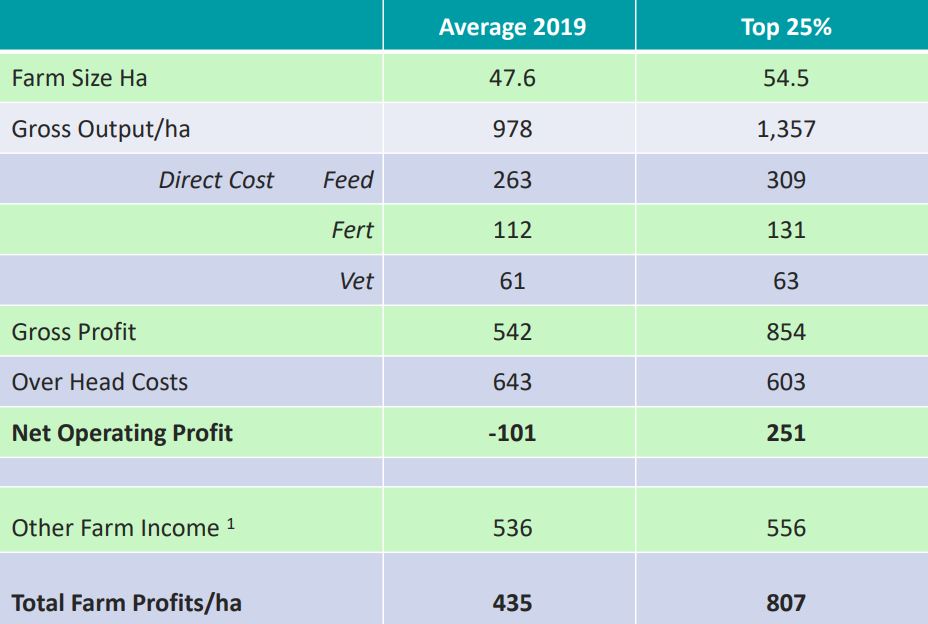 Predictably, it was a much brighter story on the dairy side, with the average net margin for dairy farmers increasing by 17.9% compared to last year (€804/ha increasing to €948/ha, not including other farm income).

This increase was driven by a reduction in cost, with the average cost of producing a litre of milk dropping by 6.7%. This drop was itself largely accounted for by a 39% decrease in feed costs in 2019 compared to 2018. 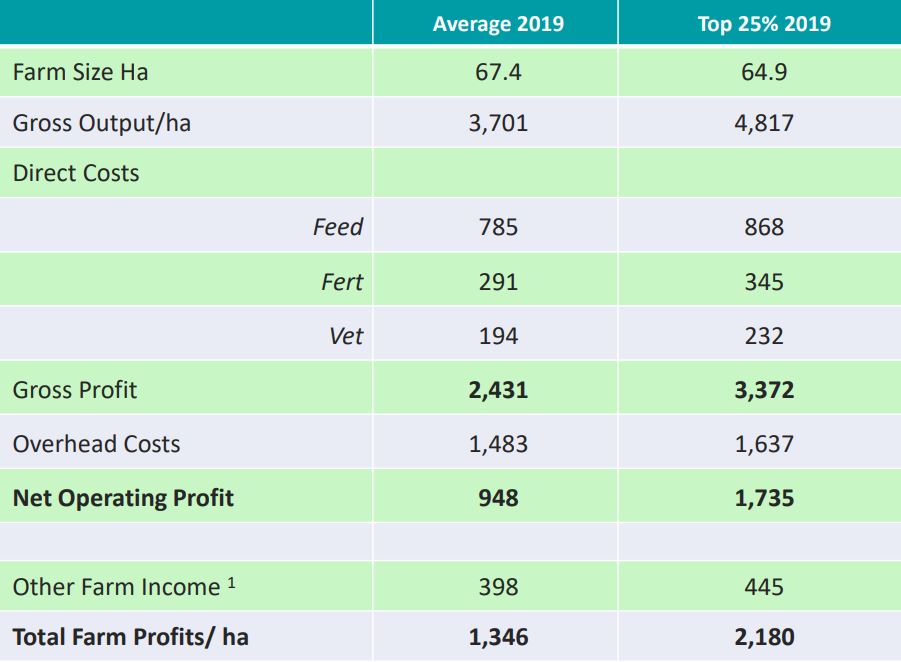 Finally, turning to the sheep sector, farmers here saw an average net loss of €144/ha (including costs) which, when other farm income of €481/ha (on average) is factored in, resulted in a total farm profit of €337/ha.

For the top 25% of sheep farmers, they made an average total farm profit of 528/ha, accounted for by €457/ha in other income and a €71/ha profit before other income. 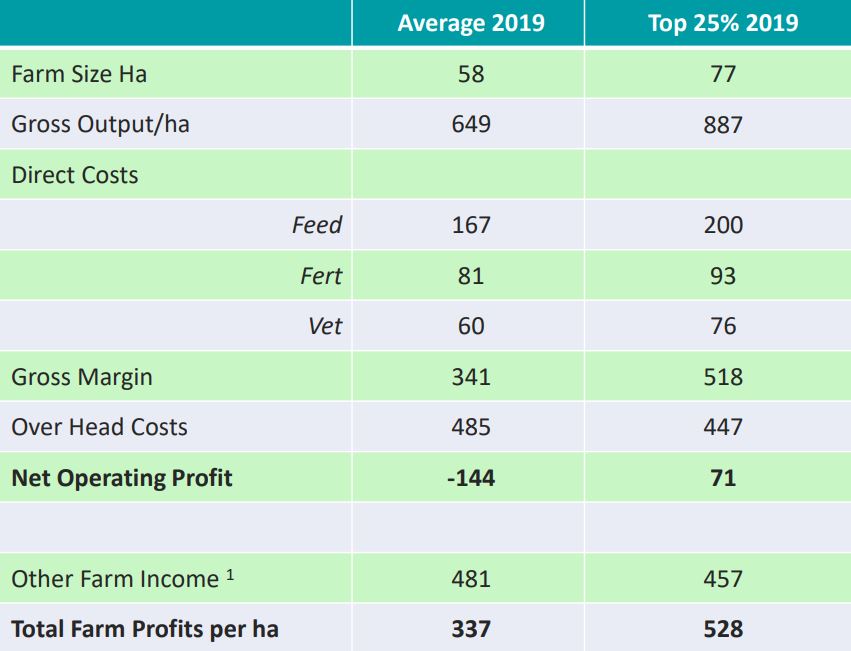 Farm to Fork: 20% reduction in fertiliser use; antimicrobial and pesticide use to halve