Aurivo has become the latest processor to reveal its milk price for June supplies, announcing an increased figure.

Following a meeting of the co-op board earlier today, Monday, July 20, the northwest-based cooperative revealed an increase in milk price of 0.5c/L.

This means that a base price of 30.5c/L including VAT will be paid for June milk.

Aurivo is the first processor this week to reveal its hand for June, following a number of processor announcements last week and the previous Friday.

Arrabawn revealed its June price last Friday, July 17, announcing a 1.5c/L increase on the May figure.

In a statement, a spokesperson for Arrabawn said:

The Arrabawn board has decided to increase its milk price for June by 1.5c/L to 30.5c/L.

“This price reflects the recent upturn in dairy markets,” the co-op representative added.

Meanwhile, the same day, Dairygold confirmed an increase of 1c/L for its June quoted milk price.

This brings the Dairygold figure to 30.19c/L, based on standard constituents of 3.3% protein and 3.6% butterfat, including bonuses and VAT.

A spokesperson for the southern co-op said: “This equates to an average farmgate milk price of 32.84c/L based on average June milk solids, achieved by our suppliers, for all milk supplied to Dairygold.

“Based on the recent improvement in market sentiment, the Dairygold board decided to increase the June milk price by 1c/L and will continue to monitor the dairy market situation,” the representative concluded. 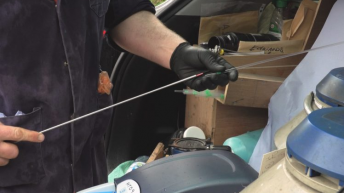