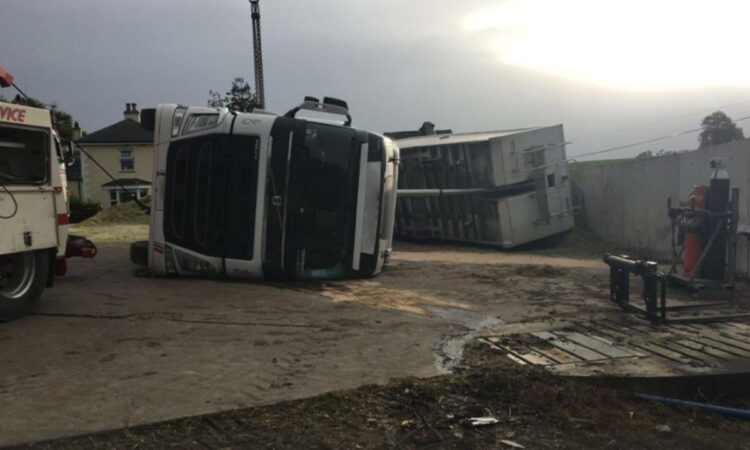 A Manitou telehandler was crushed recently when an articulated lorry and tipping trailer overturned on a farm in the north-east of the country.

AgriLand understands that the lorry was tipping a load of maize into a silage pit when, due to unknown circumstances, it overturned. 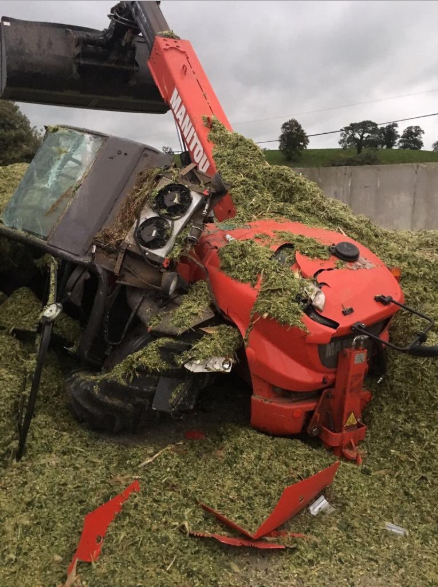 As can be seen from the image above, the telehandler was significantly damaged as a result of the accident.

It is not known if a driver was in the cab of the telehandler at the time of the incident.

Prior to the recovery operation commencing, the telehandler was almost completely covered by the contents of the trailer – with just the shovel and boom visible. 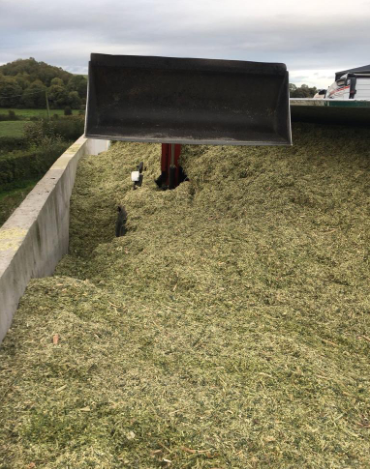 A recovery lorry was then called to the scene in order to move the overturned articulated lorry and trailer as well as the telehandler. 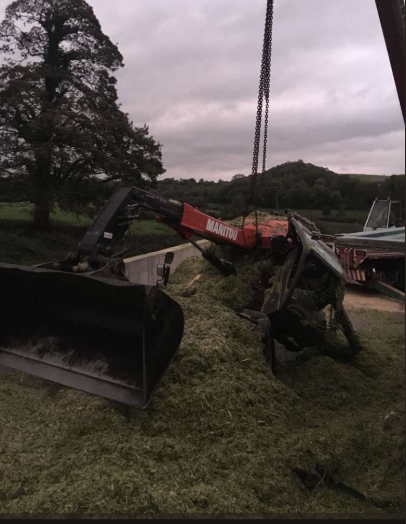 In other news relating to the maize harvest, Storm Ali hit maize growers hard in the north-east of the country when it struck on Wednesday, September 19.

The stormy weather conditions battered maize fields in the counties of Meath, Louth and Dublin, according to one farmer who spoke to AgriLand.

The farmer said that maize crops in those counties took an “absolute bashing”.

According to the unnamed farmer, the strong winds wreaked havoc between 9:30am and 11:30am on the morning of Wednesday, September 26. 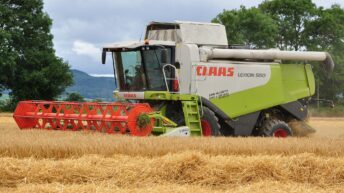