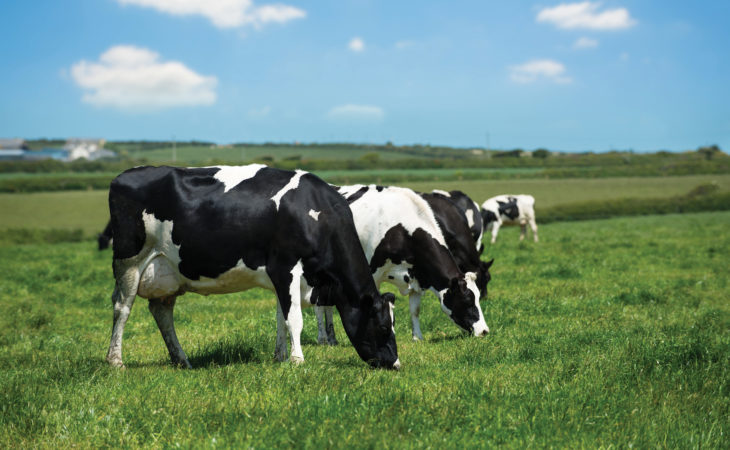 Arrabawn has announced today that it has reduced its April base milk price by 1c/L from last month.

The co-op is paying suppliers 32.05c/L including VAT for April milk, including a support payment. The base price has reduced to 31.05c/L.

The support payment offered in light of recent difficulties at farm level has also been reduced down from 2c/L to 1c/L.

Aurivo has announced a cut of 1.52c/L to its base milk price for April supplies compared to last month, along with the withdrawal of its 1.48c/L early calving payment. This has been offset somewhat by a new seasonality payment of 0.5c/L, however.

The board of Aurivo Co-op today agreed to pay a milk price of 30.5c/L including VAT for April manufacturing milk (28.94c/L excluding VAT).

This price is made up of a base price of 30c/L and the 0.5c/L seasonality payment, on the month’s manufacturing milk.

This, the co-op says, is in recognition of the difficult spring Aurivo suppliers have endured with the shortage of fodder, poor weather and slow grass growth.

The Aurivo board has decided to continue to support the milk price paid to suppliers above actual market returns for the month of April, the co-op said.

The average price paid to Aurivo suppliers in April will be 32.42c/L including VAT (30.76c/L excluding VAT) based on the average co-op solids.

Meanwhile, Dairygold has announced it will pay its milk suppliers 31c/L inclusive of 0.5c/L quality bonus and VAT, based on standard constituents of 3.3% protein and 3.6% butterfat (for April deliveries).

This is a reduction of 1.0c/L on March base milk price.

Recognising the challenges that prevailed due to adverse weather, Dairygold has continued a Weather/Fodder Relief Payment of 1c/L plus VAT, on all April milk supplied (including Fixed Price Milk Schemes), in total paying 32c/L.

“Dairygold is fully focused on supporting its members and testament to this was how we assisted circa 1,250 members who availed of over 7,000t of sourced/imported fodder during the recent fodder shortage.”