Are your ewes ready for breeding? 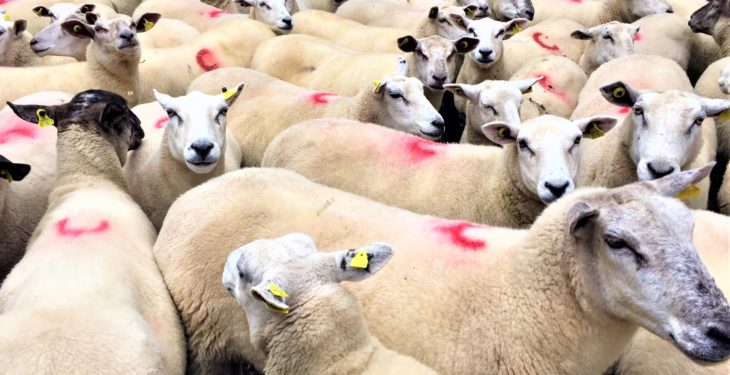 Now that we are in the latter stages of September, and the National Ploughing Championships are behind us for another year, it’s time to focus on breeding for mid-season lambing flocks.

Ideally, lowland flock keepers should target having their ewes at a body condition score of 3.5 at joining – any lower could potentially have an impact on next spring’s lamb crop.

A number of weeks ago, AgriLand published an article detailing that thinner ewes should be pulled out and put on a higher plain of nutrition.

If this was not completed and ewes are still under-conditioned, you’re faced with two options – maintain the start of breeding season and suffer a lower lamb crop or delay breeding.

Where the latter is selected, it’s important to look forward to when these lambs will arrive on the ground. Will you have the necessary help at lambing? Will the market be as strong as usual when it comes to marketing lambs at a later stage next year?

Where ewes are on target, a further health check before joining is advised. Even if only a small number of problem ewes are removed and culled now, it could save a lot of hardship next spring when you are in the throes of lambing.

In the lead-up to lambing, Teagasc says, lame ewes should be segregated from the rest of the flock and treated appropriately. Those that fail to respond to suitable treatment ideally need to be identified for culling, as they provide a reservoir for infection within the flock.

Teagasc also advises farmers to pay particular attention to ewes that have failed to improve in condition despite intervention, as it may indicate underlying health issues.

It may be worth considering culling these ewes from the breeding flock, as they will be less productive and will likely require further intervention later in the season.

Don’t forget about the rams

Although responsible for 50% of all genetic gains in a flock, the ram is often forgotten about and expected to step up to the plate when breeding commences.

However, it is important to ensure they are in good condition – body condition score of 4 – as they can lose up to 15% of their body weight during the mating season. 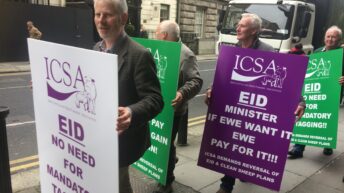 Farmer frustration: ‘Everyone else along the line is protected’