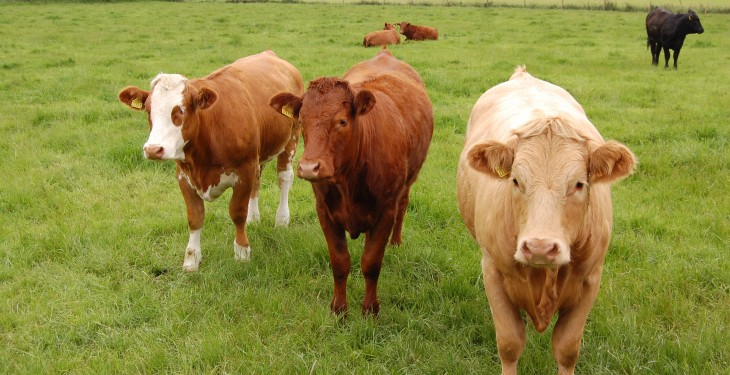 Between 2004 and 2014, 4kg out of every 5kg of chilled Irish beef was exported to just four western European countries annually.

However, beef consumption in developed OECD countries has shrunk by 4% over the past 10 years, while consumption in emerging markets grew by 22% during the same time.

Across these key markets, the UK imported on average 133,000t of chilled Irish beef annually, with France, Netherlands and Italy importing less than 30,000t each every year.

Irish beef into the UK market

Figures show a growing dependence on the UK market, where Irish chilled beef export volumes grew from 44% of Irish exports in 2005 to 56% in 2015.

While Irish beef export tonnage to the UK is growing, beef consumption itself in the UK is falling. Per capita consumption of beef and veal there fell from 18.8kg per person in 2010 to 17.8kg in 2014, a 5.3% drop. 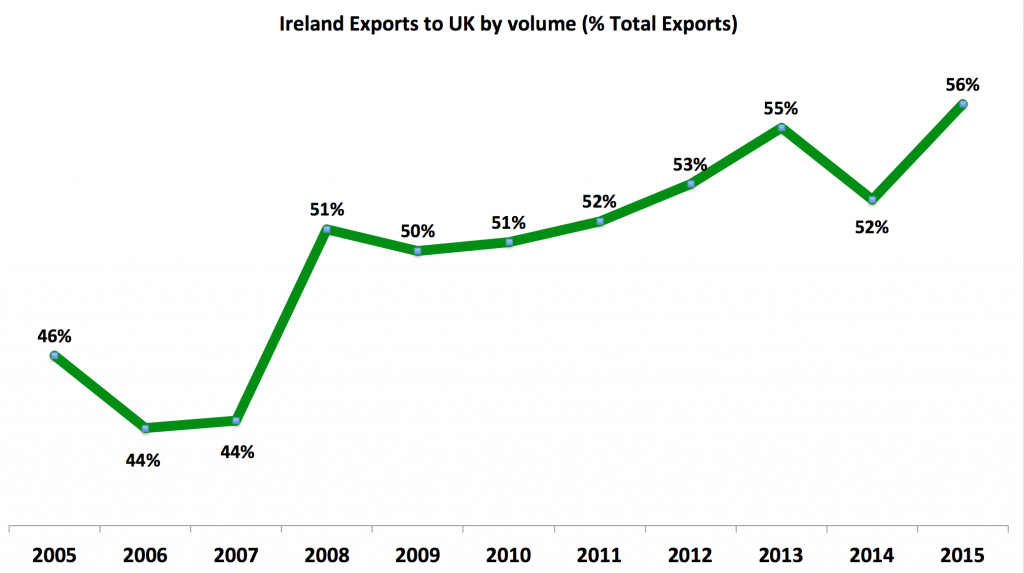 Elsewhere in Europe, Germany and the Netherlands have collectively seen the largest growth in chilled beef exports over the past decade.

Both countries collectively imported 590,361t in 2014, an 82% increase in imports compared to 2004 figures. In 2014, Ireland’s exports of chilled beef to these two countries amounted to 41,929t, or 7.1% of the combined Dutch and German chilled beef import volumes.

Southern Hemisphere chilled beef often travels ten-times further than Irish beef. Beef from south of the equator is finding its way to markets where it is capturing premium prices, as illustrated below.

The industry structure in the Southern Hemisphere beef sector is also evolving. Brazilian beef company JBS, recorded sales in the region of €1.2 billion in 2005.

JBS have now grown to become the second largest food company in the world with sales approaching €40 billion per annum, a value over fifteen times higher than Ireland’s total beef exports of €2.4 billion.