Appeal for info made following theft of tractor and tipper 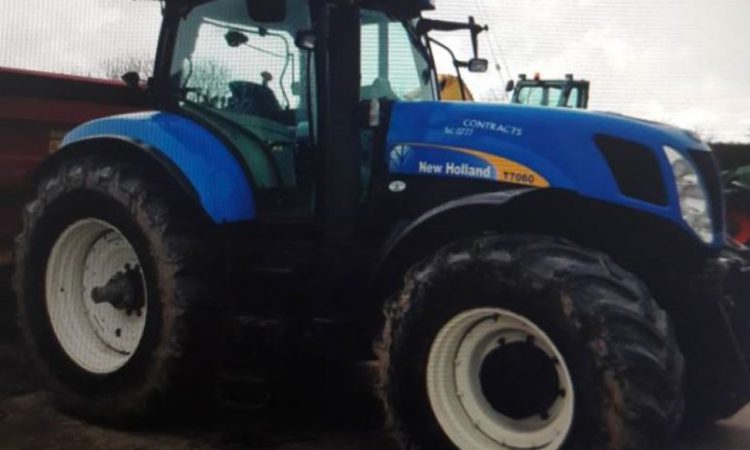 An appeal for information has been made following the theft of a New Holland tractor and a Herron tipper trailer from a yard in Co. Armagh last night, Tuesday, December 17.

Making the appeal the Police Service of Northern Ireland (PSNI) highlighted that, during the course of the robbery, the thieves damaged a house with the implement.

Taking to social media, the PSNI said: “A New Holland T 7060 tractor and a Herron tipper, similar to the one shown, were stolen from the Cloveneden area of Loughgall sometime between 9:00pm and 12:00am on Tuesday, December 17.

The tipper is the 2019 model and was in immaculate condition – but on being taken has caused damage to a house and may now have scuffs on the near side.

“Do you live in the area and see these moving last night?

“Have you seen anything like this for sale today?” the statement asked.

A farmer and a building contractor were both fined at Antrim Crown Court last week on Thursday, December 12, for breaching health and safety regulations, according to the Health and Safety Executive of Northern Ireland (HSENI).

Richard McClure, a farmer trading as McClure Farms from Coleraine, Co. Antrim, was fined £10,000 (€11,817) after pleading guilty to two breaches of health and safety legislation.

In addition, S. Higgins Construction Ltd, based at Knockloughrim, Magherafelt, Co. Derry, was fined £10,000 (€11,817) after also pleading guilty to two breaches of health and safety legislation.

The case arose from a HSENI investigation into an incident at McClure Farms, Coleraine, on November 16, 2018.

A 23-year-old employee of S. Higgins Construction Ltd was assisting with the preparations for the construction of a concrete reinforced wall at the farm of Richard McClure. During this work, a large metal shuttering panel fell on to the employee as he was working close to its base.

The HSENI investigation revealed that the shuttering panel was not properly secured to prevent it falling over.

The worker sustained numerous fractures and injuries as a result of the panel falling on to him. 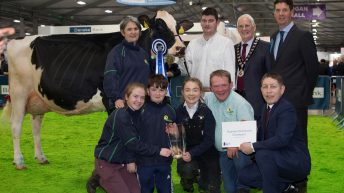