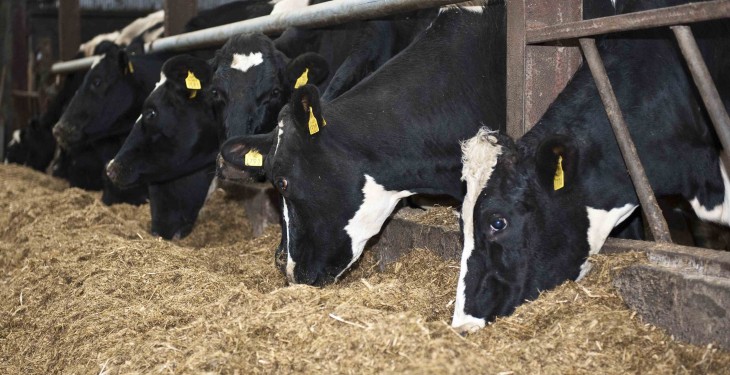 Despite lower milk prices the supply of milk is unlikely to reduce in the short term, according to a recent market analysis by DairyCo.

It says that milk prices have been cut considerably by some buyers in the past few months, which has affected farmer margins.

However, DairyCo says until this translates into a cut in cow numbers or yields, there is unlikely to be any sizeable reduction in milk deliveries. Current production conditions in the UK suggest that milk deliveries will continue to outperform year-earlier levels, at least for the remainder of 2014.

The analysis shows that UK milk production is currently running at around 8% above last year’s levels, supported by favourable weather and forage conditions through the year.

It highlights that the dairy herd is in growth, with both England and Scotland reporting higher cow numbers compared to year earlier levels and, as yet, no observable increase in the cull rate has been seen. In addition, lower feed, fertiliser and fuel prices had contributed to a period of improved margins until recently.

Looking forward it says how production progresses into next year’s spring flush will depend on whether prices are cut further, prompting a change in cow numbers and/or yields, what weather is experienced around the time of turnout and any change in feed prices.