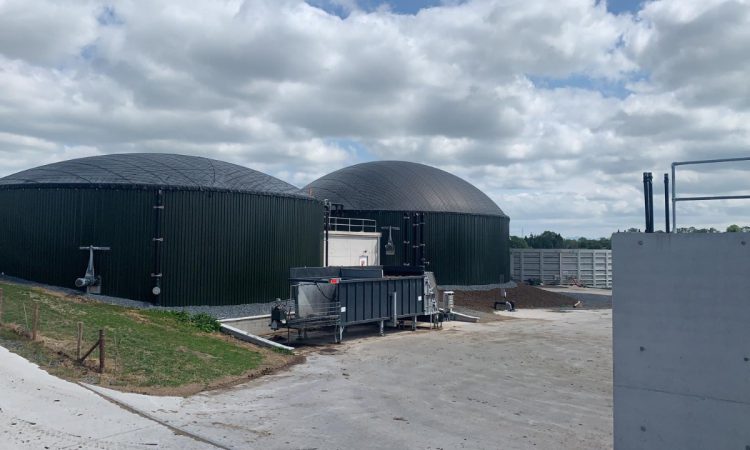 There has been a lot of talk surrounding anaerobic digestion (AD) and the potential benefits it could have in Ireland.

However, it has yet to really take off. There have been calls from people – within the agricultural industry and beyond – pushing for Ireland to take that next step towards building a bioenergy industry.

James Cogan, the EU climate policy analyst with Ethanol Europe, said that Ireland is made for AD and that rural areas in Ireland could reap the benefits of an effective bioenergy industry.

So, to find out the ins and outs of AD and what the potential benefits are from it, AgriLand spoke to Matthew Lang, who is a project manager with Harken Engineering Solutions.

Explaining what AD is, Matthew said: “Anaerobic digestion is a process in which bacteria break down organic matter – such as grass or manure – in the absence of oxygen.

“To simplify that further, it can best be described as a ‘concrete cow’. The round concrete tanks – with the circular roofs – are generally the first thing you see when you think of AD; they are basically a larger version of a cow’s rumen.

These large tanks contain a mixture of liquid and solids, which are home to billions of bacteria – identical to that of a cow’s rumen.

“These tanks are heated to temperatures of between 35º and 50º and stirred continuously using large paddles. These conditions are essential to create the ideal environment for the bacteria to thrive in.

“As the bacteria break down the feed available to them in the tank, they release a gas known as biogas. Biogas is generally made up of 55-60% methane, 30-40% carbon dioxide and small amounts of other compounds such as hydrogen and sulphur (S). The biogas rises to the top [of the tank], where it is stored until it is ready to be utilised.”

Talking about what feeds these plants, Matthew added: “Like every living species, the bacteria need to be fed. They aren’t fussy and they will break down any organic matter available, whether it be grass, silage, energy crops, food waste or by-products – and even farmyard manure (FYM).

In the majority of our AD plants, the basic feedstock is silage and cattle slurry. It is worth noting here that silage quality has a major influence on the operation of these plants.

“A lot of people seem to think that digesters are designed to take poor-quality silage or in some cases even rushes; however, sadly, this is not the truth. Like the cow, the secret to success is feeding the best quality diet available – as cheap as possible. 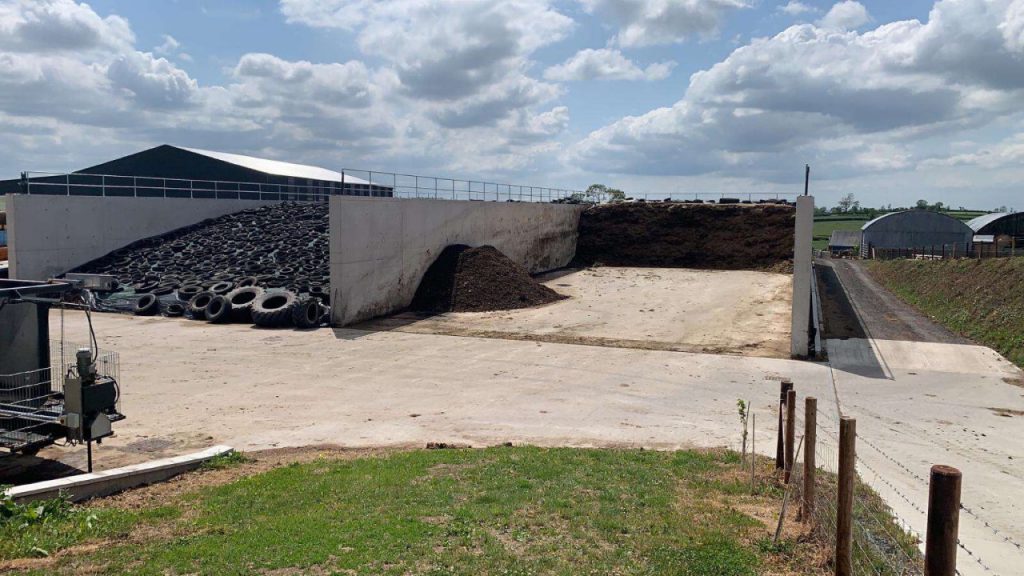 He explained: “Slurry has an important role in the production of biogas, but contrary to belief, it has very little potential to produce gas.

“The main role of slurry in AD is to provide liquid to aid the mixing of the material in the tanks.

“Slurry is perfect for this as it is readily available on farms. It contains some undigested grasses and grains that provide feed for the bacteria and it also contains the same bacteria that are in the tank – which help to keep the bacterial populations steady.

Like cattle, AD plants like a consistent diet and it is important to try to keep every process within the plant as consistent as possible.

“The plant should be fed evenly over 24 hours, with the silage fed through a diet feeder like a machine and the slurry through an agitator pump. Changes to feedstocks or temperatures must be gradual or else you will set back the bacteria in the tank – which is very similar to acidosis in cattle.

“Other feedstocks can be added, for example: purpose-grown, energy-rich maize; sugar beet; or whole crops. However, even though these crops have the potential for huge amounts of gas, they are more expensive compared to grass silage or wastes – so thought must go into how they are included in the diet.

“The higher the quality of the diet, the less you will need to feed, which in turn reduces your costs – if managed correctly.”

What is the gas used for?

Matthew says that there are endless amounts of uses for biogas in today’s world and it is something that people are going to hear a lot more of going into the future.

He explained: “In the main, there are two general uses for biogas; fuelling combined heat and power (CHP) and gas-to-grid.

“Biogas CHP plants are basically large engines that use the biogas as a fuel. These engines then turn a generator, which creates electricity that supports both the plant’s operation and also supplies electricity to the grid to power homes and farms.

Another by-product of a CHP plant is large amounts of heat. This heat is firstly used to heat the digester tanks, but it can also be used to heat homes, businesses or dry products such as grains or woodchip.

“The second option, gas-to-grid, is probably more lucrative, but it involves higher costs for the producer. For this, the gas must first be cleaned to a product known as biomethane. This process basically transforms the gas from 55-60% methane to 95-99.5% methane.

“Once the gas reaches this specification, it can be sent into the natural gas grid via a pipeline and injection point. For this, ideally, a plant considering gas-to-grid must be in close proximity to a gas pipeline.

“Biomethane can also be compressed and used in special compressed natural gas (CNG) engines, which are commonly seen today on buses and trucks.” 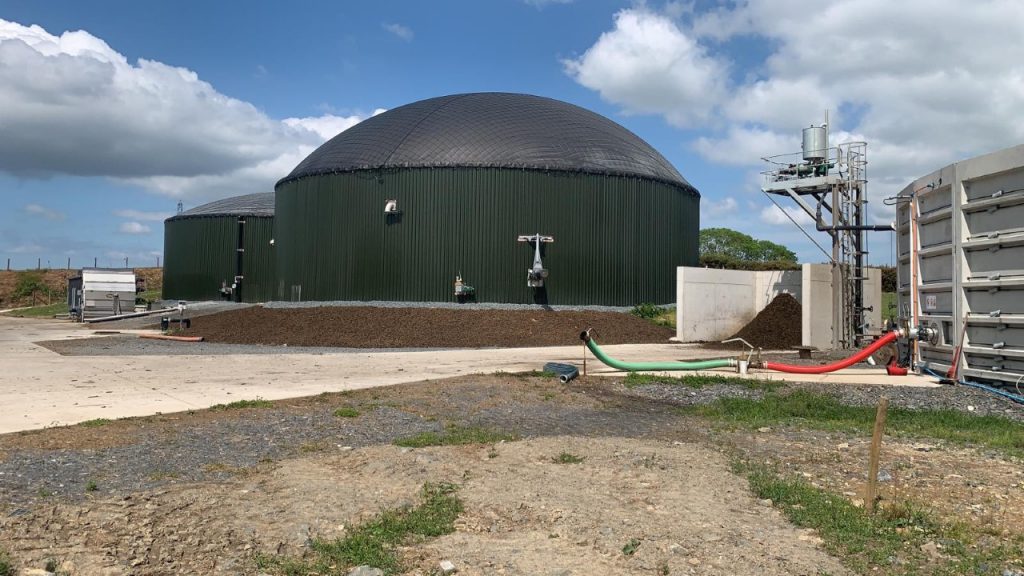 What happens to the plant waste?

Touching on the waste that comes from these plants, Matthew said: “Feedstocks generally remain in the tanks for 30 days or more. At this stage, any available energy in the feed should be used and all that is left is the inorganic matter.

The waste product after AD is known as digestate. Digestate is a nutrient-rich substance that can be used as a fertiliser.

“It consists of left-over indigestible material and dead micro-organisms. The volume of digestate will be around 90-95% of what was fed into the digester.

“Digestate is not compost, although it has some similar characteristics. Compost is produced by aerobic micro-organisms – meaning they require oxygen from the air.

“All the nitrogen (N), phosphorous (P) and potassium (K) present in the feedstock will remain in the digestate, as none of it is present in the biogas.

“Nutrients are considerably more available than in raw slurry, meaning it is easier for plants to make use of the nutrients.

“The exact composition of digestate is determined by the plants’ diet. However, some typical values for nutrients include:

“The reason for this is to reduce the storage area needed for waste and to utilise both products efficiently. The liquid fraction contains the N element and is known as rocket fuel simply because the N is so readily available compared to raw cattle slurry.

It is recommended that this slurry is injected into the soil or applied using a low emission slurry system (LESS) such as a trailing shoe to help prevent runoff into waterways and ammonia loss – due to evaporation.

“The solid fraction should be ploughed into land as it contains the P and K elements – which are released slowly to the growing crop.” 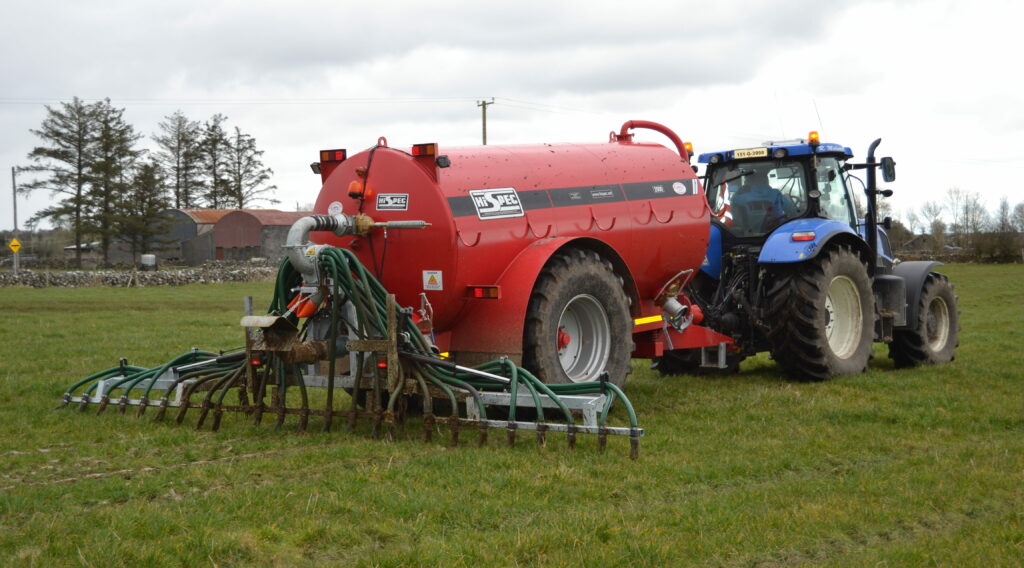 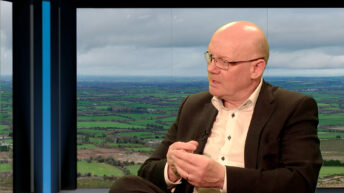