Mastitis can be a costly problem on Irish dairy farms. High levels of somatic cell count (SCC) can adversely affect the processability of milk.

This figure comes from sub-clinical costs – such as milk quality penalties and the loss in milk production – and clinical costs. The latter includes: antibiotics; discarded milk; labour; veterinary; and culling.

Each year, the average farm will cull two cows due to issues relating to mastitis. Given that it costs €1,500-1,600 to bring a replacement heifer into the parlour and 1.63 lactations to achieve a return on this investment, it’s important that culling – especially due to mastitis issues – is minimised.

With sub-clinical mastitis infections, the udder and milk appear normal and there are no visible signs of infection. However, the SCC of the milk is raised. 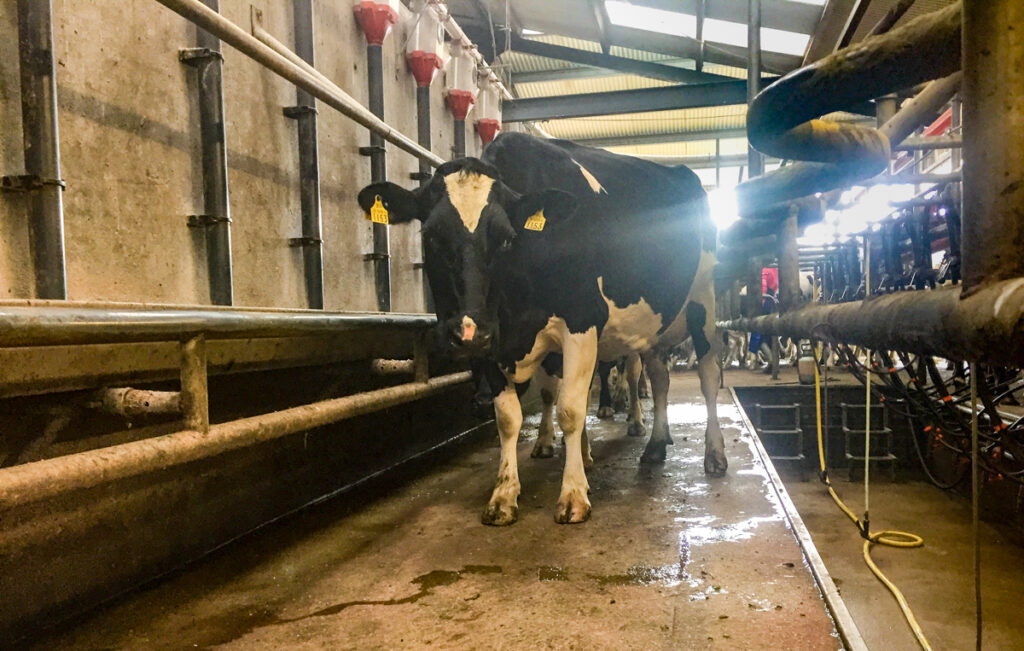 LIC Automation, a New Zealand company, has brought an innovative product to the Irish market to tackle Ireland’s mastitis problem.

The company’s Saber CellSense is an automated, in-line sensor that provides users with live SCC results within two minutes of cupping the cow.

AgriLand recently caught up with LIC Automation’s Chris Murphy, the country manager for Ireland and the UK, to find out more at the product.

We launched in the market over 12 months ago, simply because we had people from Ireland coming back from New Zealand looking to solve the mastitis problem on Irish farms.

“We currently have 25 units working on Irish farms and there’s massive interest in the product. People are buying this system because they want to save costs and to stop dumping milk for no reason,” he said. 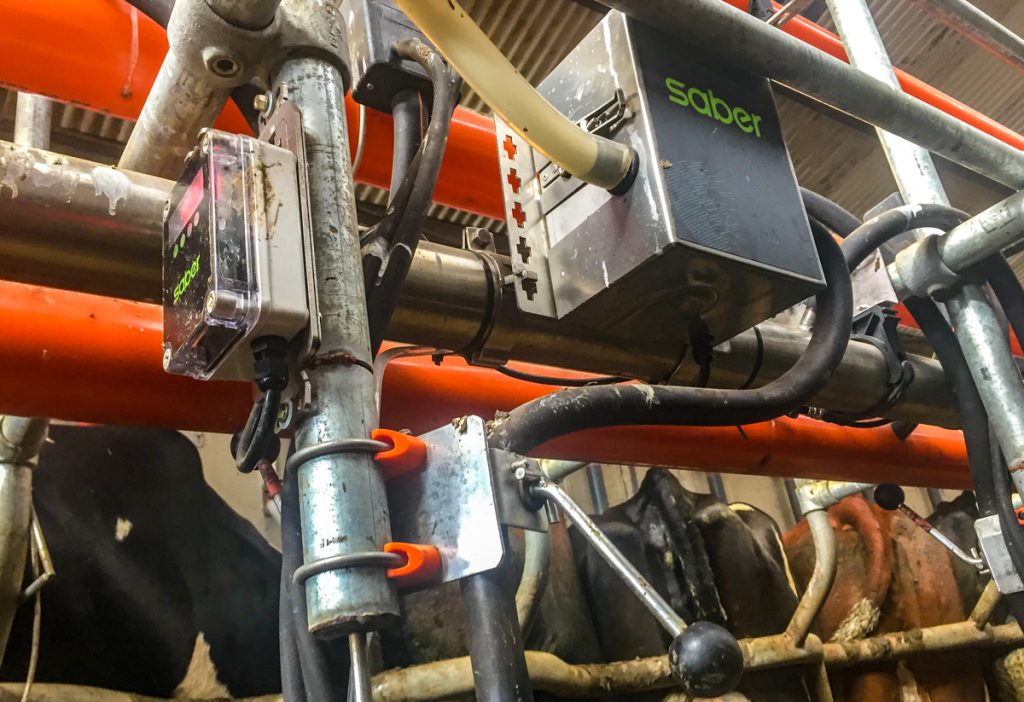 How does Saber CellSense work?

Murphy also explained how the system works, saying: “Saber CellSense measures SCC by measuring the DNA released from somatic cells in the milk.

“The amount of DNA released is directly proportional to the number of somatic cells in the milk. Saber CellSense uses a Californian somatic cell test to get an accurate result.”

After testing, he said, the system provides the farmer with accurate information on SCC levels. A simply traffic light system is also utilised when the data is viewed on a phone or computer. 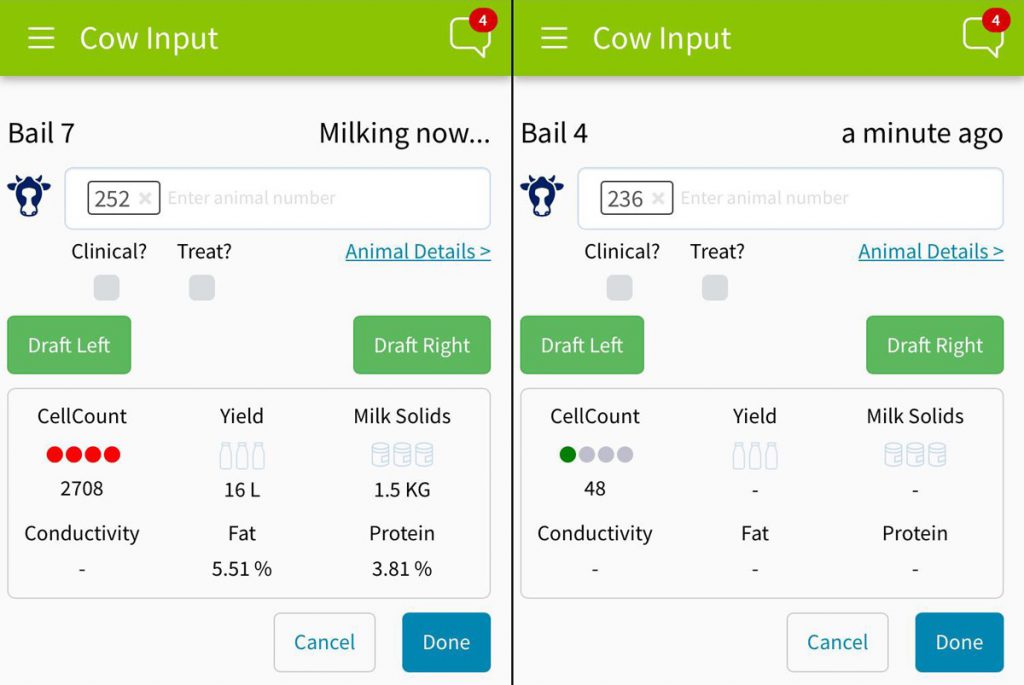 Murphy also touched on the benefits of the system, saying: “It allows you to do cheaper and better dry cow therapy and you are catching the animals in the sub-clinical stage. 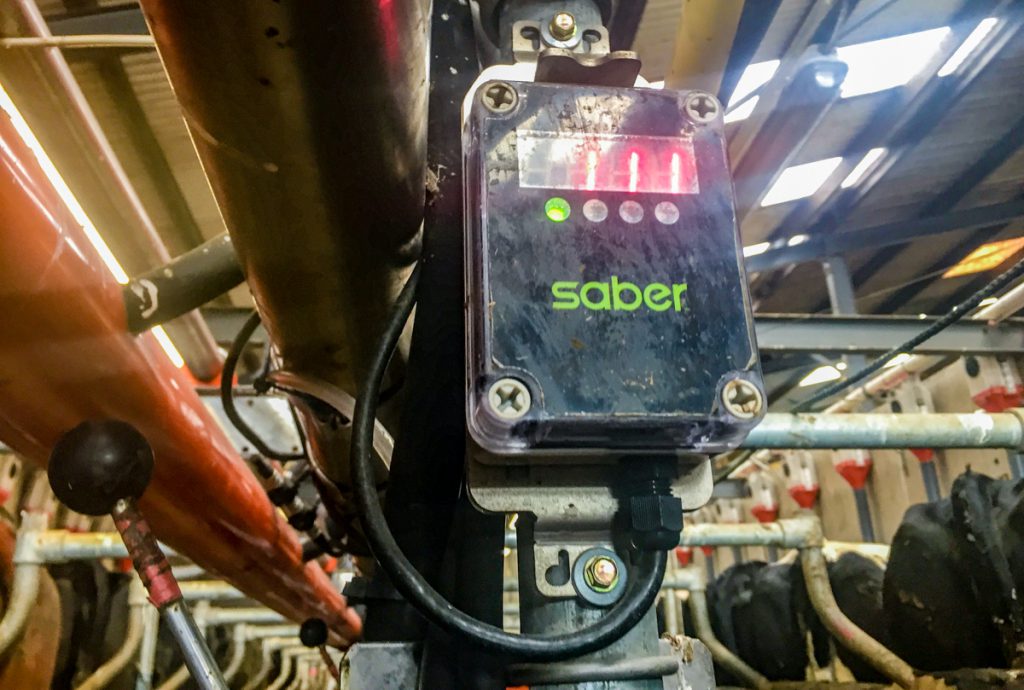 On average, he said, each unit costs €1,500 and it’s installed in every fourth stall.

“Across the herd, this allows you to spot check each of your cows 2.5 times each week and you are roughly checking 25% of your herd at each milking.

JP Kiernan milks a herd of 60 Holstein Friesian cows in Carrickmacross, Co. Monaghan. As it stands, his herd is producing almost 2,200L each day or just over 36L/cow/day.

Kiernan told AgriLand that he had major problems with SCC prior to installing the Saber CellSense system on his farm.

“I needed to take charge of the cell count and Saber CellSense was definitely a big help. It can identify problem cows before they go clinical and it makes treatment very easy,” he said.