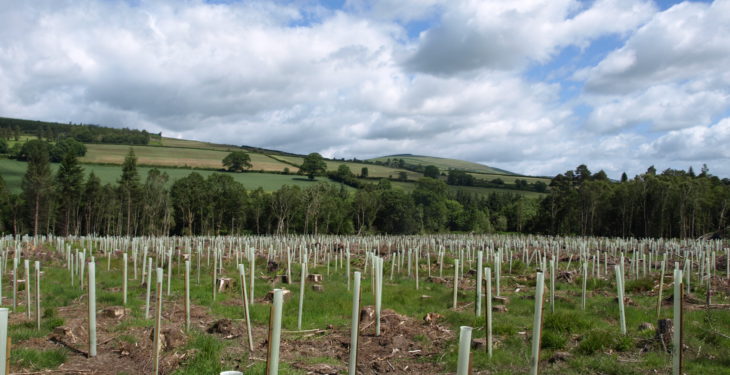 Oak trees are once again being planted at Coollattin Woods, in Co. Wicklow, following the 2016 purchase of the estate by UK businessman and Wicklow resident Brian Kingham.

Veon, the Irish forest management company, was appointed to plan and carry out an extensive woodland restoration project and to oversee all forestry activities on the estate.

Over the last 12 months, Veon has planted over 10,000 oak trees at Coollattin, replacing the Sitka spruce which had previously been planted. Investment has also been made into the removal of over 100ac of invasive exotic species.

These include laurel and rhododendron to allow broadleaf forest trees to re-establish and in addition, the rivers Derry and Coolboy have benefited by the removal of fallen trees.

Veon Sales Director Joe Codd commented on the work, saying: “Coollattin still has an extraordinary collection of spectacular trees which were planted in the 19th century.

“This is a hugely exciting project in its scope which includes not only the replanting of commercial woodland with native oak and the removal of invasive species, but the restoration of the carefully planned breathtaking 19th century vistas – creating an incomparable blend of mature trees in the majestic Coollattin landscape.”

The emphasis of such a large-scale forest restoration and Irish sylvicultural management techniques being undertaken by Veon – with the benefit of the 10,000 oak trees – will have substantial environmental benefits for native species biodiversity and habitat.

At its peak, Coollattin, near the village of Shillelagh, was one of the largest and best known Irish estates. It comprised of more than 85,000ac – one fifth of Co. Wicklow – and had thousands of tenants.

Following the Land Acts, the Estate was significantly reduced in size. By the late 1980s, the oak woods of Mill Wood, Quails Wood, Shuttles Wood, Drimingal Wood, Ballykelly Wood and Brow Wood had all been completely cleared and had been partly replaced with spruce and oak mixtures.

Only Tomnafinnogue remained standing, following direct intervention by the then Taoiseach, Charles Haughey, who was “horrified by the destruction of such an important native forest“. 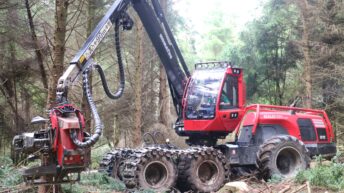