Across the board, a large majority of farms – close to 65% – had no farm business related debt, the preliminary results revealed; but this does vary considerably across different farm systems, Teagasc added.

The level of debt across dairy farms in 2016 could be offset by the fact that 36% of on-farm investment last year took place on dairy farms.

A total of €687 million was spent on (gross) new investment in farming last year; this represented a fall of 13% on the previous year, according to Teagasc.

With regard to (gross) new investment, the average spend per farm equalled €8,205 in 2016. Investment was highest on dairy farms, at an average of €15,713, the preliminary results of the National Farm Survey revealed.

Dairy farms accounted for over €245 million of the total on-farm investment last year.

Debts on other farm enterprises

Meanwhile, a total of 34% of tillage farms had borrowings last year, the preliminary results showed. 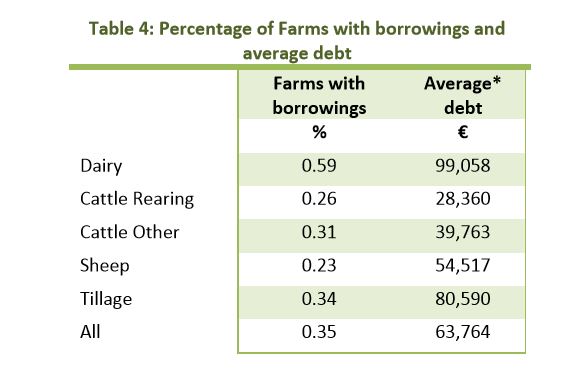 Despite dairy farms having the highest level of borrowings in 2016, their debt-to-income ratio stood at 1.75. 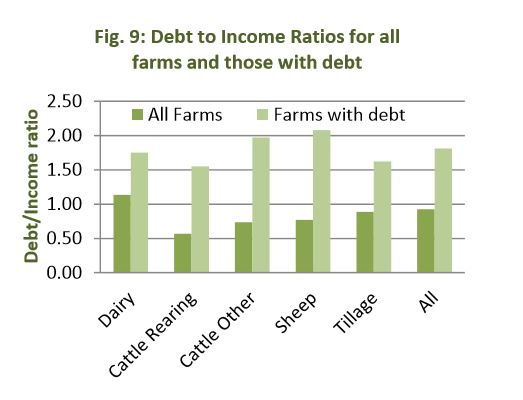 The average across all farm enterprises equated to a score slightly higher than the one seen on dairy farms.

Irish milk production jumped by over 12% in April