‘All-round’ tillers and ‘clever’ ploughs: Does Kverneland have the answer?

At a recent event hosted by Kverneland in Holland, the company launched a plethora of new and updated tillage equipment.

One of the most eye-catching updates has to be the launch of a new mounted Turbo cultivator (below). After the successful launch of the trailed version, which is available in 6.5m and 8m versions, Kverneland decided to complete the offering with five mounted versions – 3m and 3.5m rigid units, as well as 4m, 5m and 6m folding models. 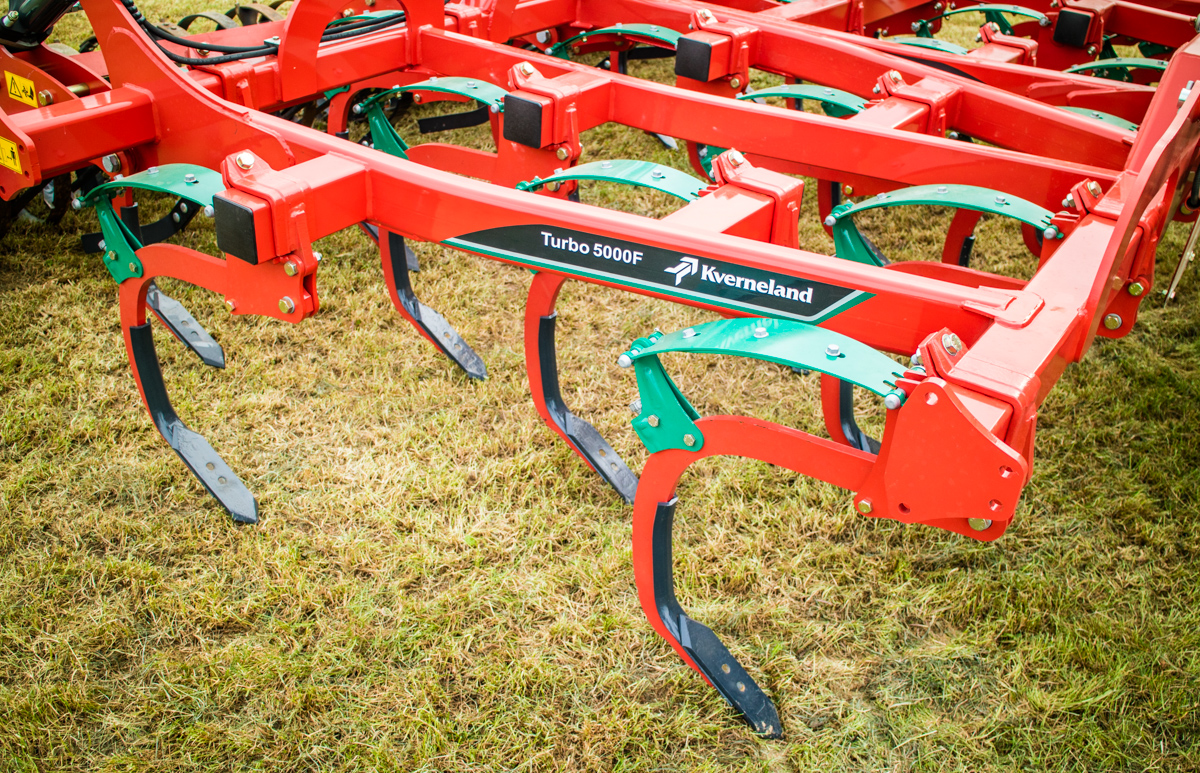 During the summer months, it can be put to work cultivating stubble (first pass or second pass) and, in autumn/winter, for seedbed preparation before seeding. This, says the manufacturer, makes it a true “all-rounder”. 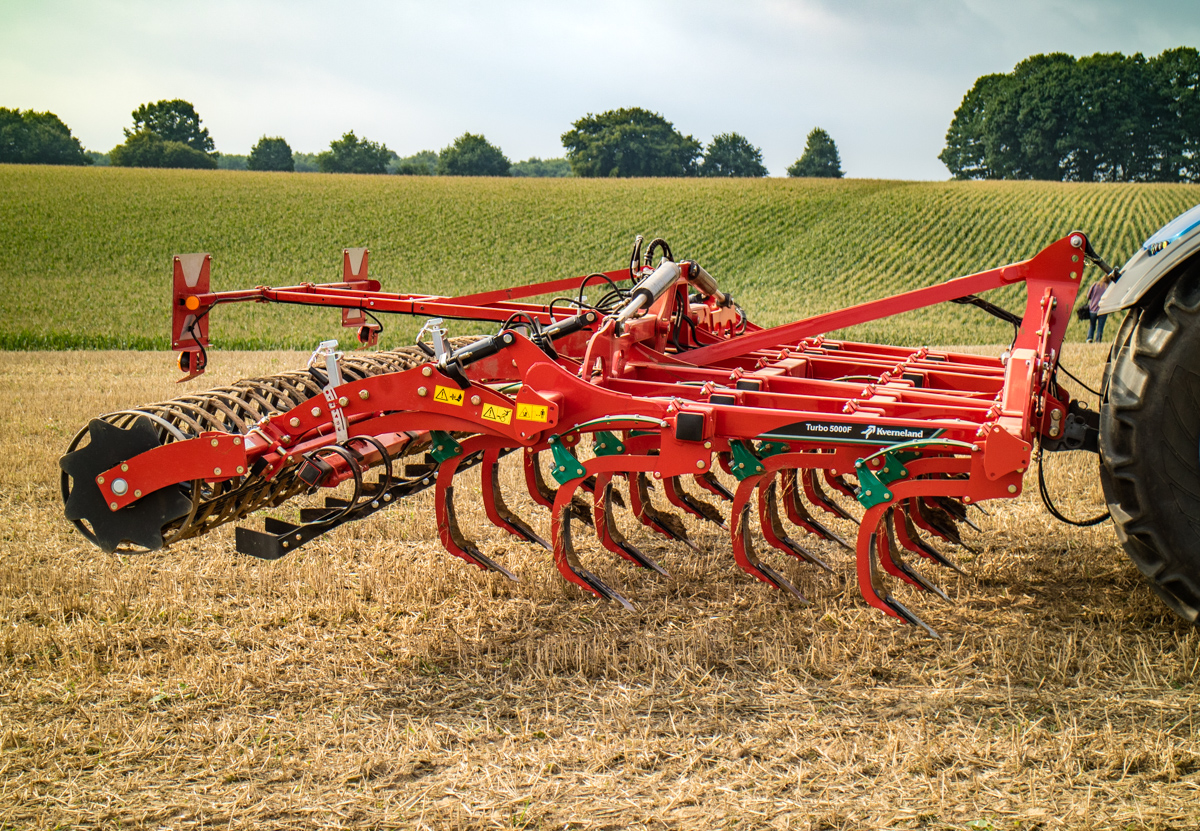 The Turbo has been designed as a “versatile implement that can replace multiple machines”, thanks to its “narrow tine pitch, strong tine capacity and high under-beam clearance of 725mm”.

The Turbo was also designed to be compact and easy-to-handle. The 3m mounted version, for example, when equipped with levelling tines and a cage roller only requires a 2.4t lift capacity.

This, says Kverneland, is achieved by staggering the tines in four rows as opposed to five – the latter being the case on a trailed machine.

On the plough side of the business, Kverneland has developed a frame-mounted wheel for its high-tech 2500 B/S i-Plough. This new option is intended to enable operators to plough as close as possible to field boundaries, fences or obstacles.

Like any of the ‘combi’ wheels already available for the i-Plough, the new frame-mounted version can be adjusted from the tractor cab – via any ISOBUS terminal. This also enables control of ploughing depth. 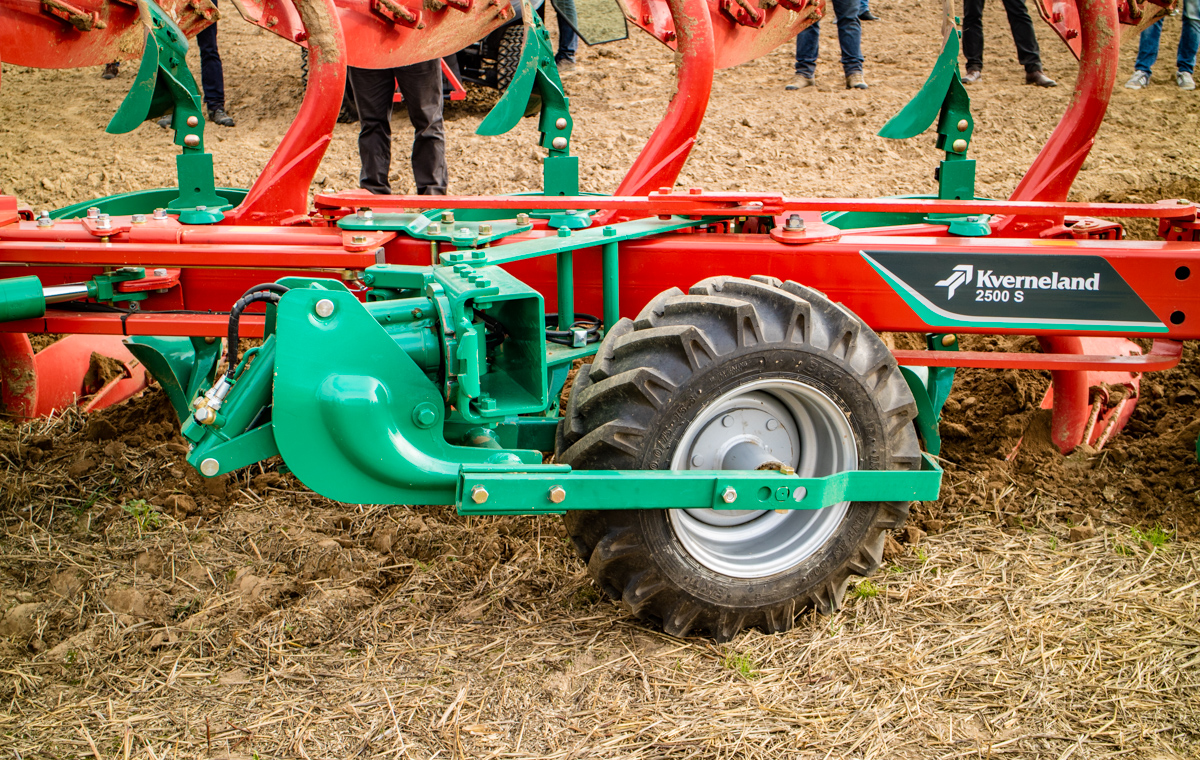 The new design of the Variomat bars ensures that ploughing width adjustments stay the same, despite the position of the wheel.

When operating the i-Plough, to activate the transport position simply select it on the ISOBUS screen and the wheel will automatically morph from ploughing to transport mode – without any physical input from the operator.

The i-Plough ‘trailer’ transport solution can also be combined with the frame-mounted wheel. The plough, as a result, remains quite stable – even at speed. It follows the tractor like a trailer would. 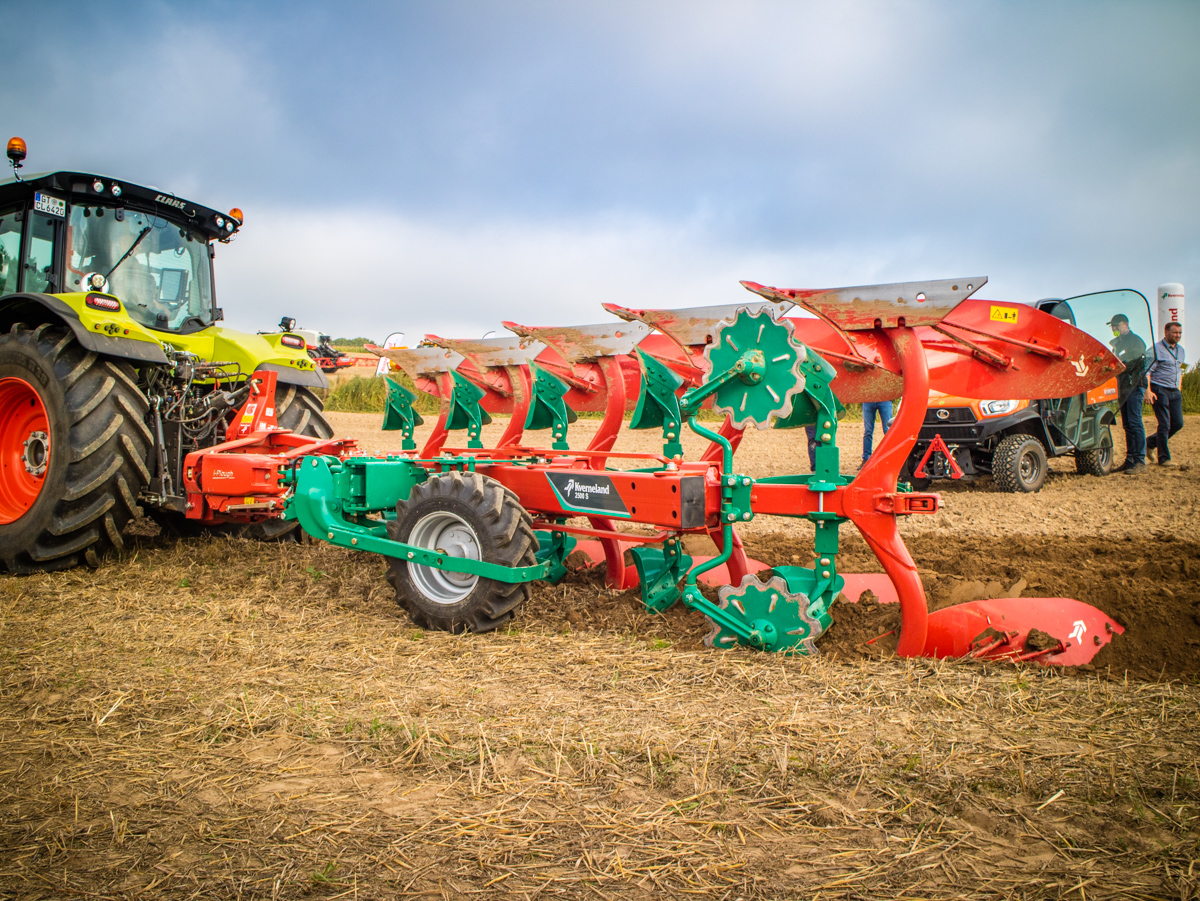 The frame-mounted wheel has a so-called “soft swivel” movement, which allows the wheel to re-position itself at the headland in preparation for the next run. This system is intended to reduce the shocks associated with a traditional wheel – thus helping to reduce fatigue and stress on the operator.

Kverneland: 'Robotised ploughs to run 24/7 in the future'

Video: Kverneland to showcase the plough of the future