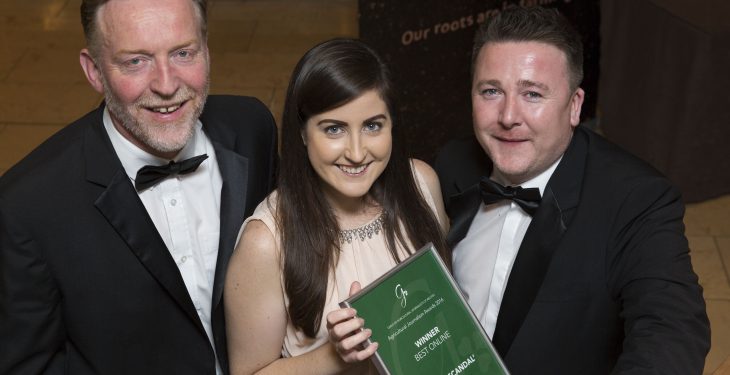 The award was received by Agriland at the awards ceremony, which was held in the Castleknock Hotel and Country Club.

According to the judging panel, Agriland’s coverage of the story, demonstrated the effectiveness of a well run website in keeping people up to date with an evolving crisis.

This included coverage from the initial breaking of the story to its development, taking in resignations, legal actions and elections along the way, the panel said.

Proof of the power of the net for news.

Over 200 entries were received for this year’s awards across eight categories and 24 entries have made the final shortlist.

The much coveted ‘Bull’ trophy at the awards went to RTE’s Big Week On The Farm.

“The agri-food industry has an important place in the country’s economic and social fabric, which we, as an industry are committed to covering.

“These awards honour the hard work and dedication of our peers to delivering quality reporting; and are an opportunity for us to celebrate excellence in a specialist market,” she said.

The bi-annual awards aim to encourage excellence in the coverage by media of farming, food and rural life on the island of Ireland.

The Agricultural Journalism Awards are open to journalists, photographers and broadcasters in national and local media and also to specialist consultants in the communication sector, whose work has been published, broadcast or implemented in either Northern Ireland or the Republic of Ireland.