Agriculture’s contribution to economy up 10% in 2014 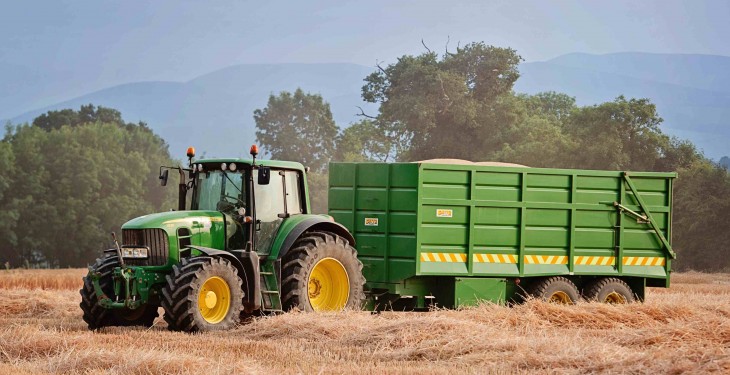 Latest figures from the CSO shows that the value added of agriculture to GDP rose by 10% in volume terms in 2014 compared to 2013.

The CSO figures also show that preliminary estimates for indicate that GDP in volume terms increased by 4.8% for the year 2014. For the third successive year, GNP showed an increase over the previous year, at a rate of 5.2% in 2014 over 2013.

The distribution, transport, software and communications sector increased by 8%, and other services by 3.4%.

There was also an overall increase of 1.5% in industry, (within which building and construction recorded a 6.9% increase in real terms). Public administration and defence recorded an annual increase of 1.1%.

Exports have been the main engine of growth for Irish food companies over the past few years.

Overall, food and beverage exports have achieved remarkable success and were valued at €10.5 billion in 2013, a 25% increase vis a vis the 42% growth target set for 2020.

Figures from the Department of Agriculture show in addition the value of primary production has risen by 33% to €6.18 billion, just slightly below the 2020 target of €6.275 billion.

Also significant in recent years has been the higher economic profile achieved by the sector and the wider recognition that this indigenous manufacturing industry is providing a major stimulus for economic recovery.

The latest key indicators for the sector are that its gross turnover is €26 billion, it contributes 7.2% of national GVA, 8.8% of national employment levels and 12.3% of overall merchandise export values, while the family farm income range for full and part time farmers in 2014 was €9,700 to €62,000 with an average farm income of €24,925.