‘Agriculture payments are behind target’ 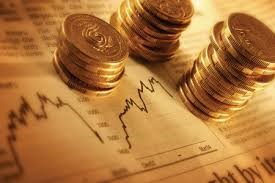 Payments from the Department of Agriculture, Food and Marine are running €100m or 15 per cent behind target as of September 30, according to Fianna Fáil spokesperson on Agriculture Éamon Ó Cuív TD.

“In the recently published Exchequer returns it is clear that the Department of Agriculture is way behind its own targets in making payments to farmers to the tune of €100m. This year we had some of the worst weather conditions in living memory, which lasted up to the first week in June. It caused huge pressure for farmers, particularly financial pressures, in purchasing feedstuffs and it is amazing that the Department of Agriculture have been so tardy in making payments to farmers. The €100m that is being held back from farmers would make a very significant difference to them.

“No explanation has been given by the minister for the delays in payments and I now call on him to immediately pay this money to farmers, to ease the credit squeeze on them as well as the many suppliers and merchants who have provided extended credit to farmers.”

According to the deputy, payments made to the end of September 2012 versus the end of 2013, €68m less has been paid out, which he says is a decrease of 11 per cent. “One would have thought that this year, in view of the pressure on farmers that payments would be running ahead of target and that the minister would be ensuring that every euro possible is paid to farmers as early as possible.”