ABP expands in Poland with acquisition of second production site 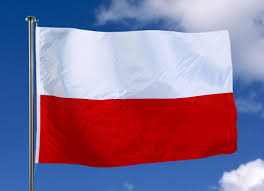 ABP Food Group has expanded its operations in Poland with the acquisition of a second production facility in Klosowice, Western Poland. The facility will increase ABP’s production capacity in Poland to more than 100,000 animals per year.

ABP entered Poland in 2011 through the acquisition of a plant in Pniewy, which is 30 kilometres away from the newly acquired facility. This plant now employs some 130 people and three years of capital investment, including the installation of a new production line in May 2013, have transformed the plant into one of the most efficient meat processing plants in Europe.

ABP Poland expects to start production in the new facility in February 2014 and it is envisaged that when both sites are operating fully ABP Poland will employ more than 250 people.

In a statement Paul Finnerty, CEO of ABP Food Group said: “After Ireland, Poland is the second largest beef exporter to the European market and this expansion will allow ABP Poland to further solidify our position as a sustainable supplier of high-quality Polish beef products to customers throughout Europe. When we entered the Polish market we intended to build a business of significant scale and this acquisition is a continuation of that strategy.”

ABP processes one million cattle each year across its facilities in Ireland, UK and Poland, and is the largest processor of beef in Ireland and the UK, and one of the top three in Europe.