Plans have been announced to extend the joint venture between ABP Food Group and Fane Valley Co-op, to include Linden Foods.

The plans to include Linden Foods, the UK-based meat processing business of Fane Valley which employs about 1,100 people, in the joint venture were announced today.

This revelation will see ABP Food Group take a 50% stake in the Linden Foods company.

An agreement in principle has reportedly been reached by both parties, subject to approval by the relevant regulatory and competition authorities.

It delivers the highest levels of innovation, quality, service and value to its long established customer base, he added.

“The business continually challenges the way it works, seeking out new ways to advance and improve.

Our experience of working closely with ABP Food Group in the Republic of Ireland has been extremely positive and we now wish to build on this success.

“The joint venture, which will continue to trade as Linden Foods under the current management team, will ensure that the business can capitalise on new commercial growth opportunities within both the domestic and international marketplace.

“The involvement of ABP will strengthen our global sales network and assist in ensuring Linden maximises the returns from all parts of the animal, including the fifth quarter.

“This will be a pre-requisite to delivering sustainable returns to primary producers in a post-Brexit era,” he said.

Meanwhile, the announcement was also welcomed by the Chief Executive of ABP Food Group, Frank Stephenson.

“We are very pleased to have reached an agreement in principle with Fane Valley Co-op and look forward to building on our successful partnership with Slaney Foods and Irish Country Meats,” he concluded. 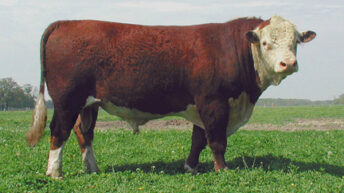