A cold weekend in store with wintry showers – Met Eireann 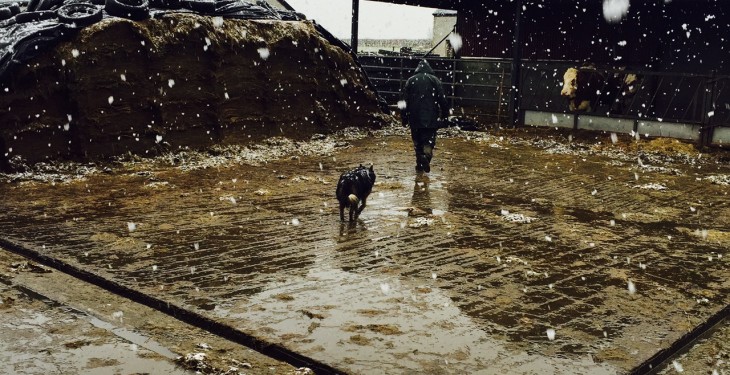 There’s a cold weekend in store with wintry showers and more rain on the way, according to Met Eireann.

Outbreaks of rain are promised to spread eastwards this morning with heavier and more persistent rain following in the afternoon.

Today, Friday, highest temperatures are forecast to range between 7 and 9 degrees in fresh southwesterly winds.

Tonight, rain will clear eastern counties in the early night with mostly dry clear weather following with little or no wind.

However, Met Eireann has forecast that any showers that do push in from the Atlantic tonight are likely to be wintry.

It is promised to be bitterly cold, with frost and possibly some ice, as air temperatures fall back to between 0 and minus 3 degrees Celsius.

Drying this weekend will be poor much of the time this week with only short intervals expected as showers will be never too far away and conditions will not be great for spraying either, according to Met Eireann.

Tomorrow, Saturday will start off very cold. While some sunny spells are promised through the day, there will be slow-moving heavy thundery showers also.

Met Eireann has forecast for these showers to turn wintry at times with snowfall likely on higher ground.

Furthermore, temperatures will be well below normal ranging just 6 to 8 degrees Celsius, with slack winds.

Values will fall back dramatically in and around heavy showers, which may merge to longer spells of rain or hail, which Met Eireann has said could cause impaired visibility and possibly leading to dangerous driving conditions.

Like Saturday, Sunday will start off another very cold day and it is likely to be wet and windy across the southern half of the country, with rain moving northwards later.

The rain may turn to sleet and snow at times in the south and east, Met Eireann has said. Sunday will be cold, with highest values of 5 to 9 degrees Celsius, in fresh and gusty easterly winds.

Current indications suggest that Monday will be a breezy day as fresh and gusty easterly winds persist.

It is forecast to be cloudy, with scattered outbreaks of rain, heaviest up until later afternoon. However, it will be milder though with highest temperatures 9 to 13 degrees Celsius.

For the week going forward, Met Eireann expects the forecast rainfall to be variable due to unsettled weather and local heavy downpours caused by low pressure and unstable air, and is likely to remain wetter than average in most parts.